Hello Games adds a dash of Alien to the galaxy. 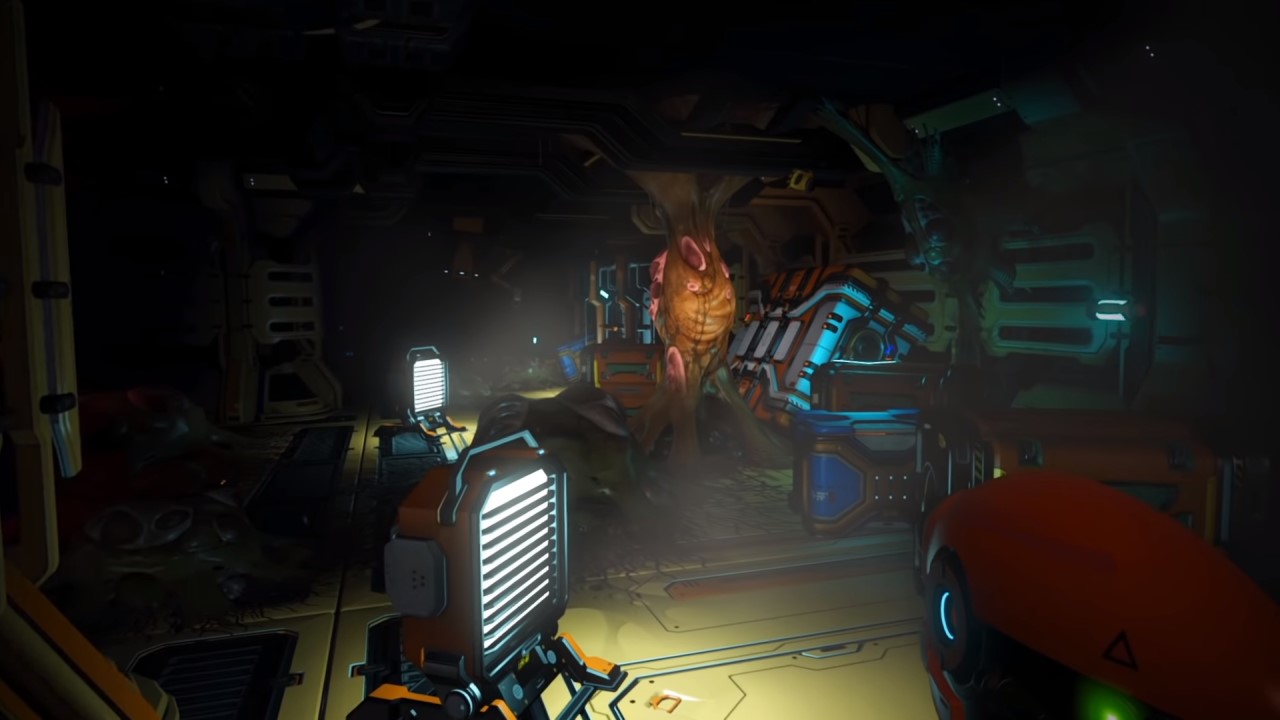 Have you ever found yourself touring the galaxy and musing, “there’s not enough horror in No Man’s Sky?” Well, maybe that was a distant second to, “we need an update to planet generation,” but I’m sure the thought occurred to you at least once as you evaded a gaggle of biological horrors hot for your space ass. Today Hello Games revealed the next major update to No Man’s Sky – Desolation – and it brings scuttled freighters to the massive exploration game.

Players can now find and salvage abandoned freighters drifting out among the stars, with one apparently in each system. These do not immediately appear via radar while exploring a system, so players keen to make their millions salvaging from the dead can buy Emergency Broadcast Receivers from a new merchant found in space stations to more rapidly locate these derelicts. Considering these totally-not-infested-with-aliens piles of junk are filled with an assortment of valuable salvage venturing within their procedural depths will be worth the expedition.

Of course, No Man’s Sky isn’t known for its quality shooting, so Desolation has given it a bit of an overhaul. While I doubt it’s enough to make the experience of firing laser bolts objectively great, any and all improvements are welcome. Additionally, the lighting post-effects have been given a boost, with better bloom, improved lens flare, and more volumetric light sources. Furthermore, freighter storage has been made less cumbersome, and you can now install a teleporter on your capital ship.

If you’d like to see some of these tweaks in action, or want to peruse the complete list of patch notes, be sure to check out the official webpage for No Man’s Sky Desolation here. In the meantime, why not give the debut trailer a gander: certainly nothing of concern here. Desolation is available now on all platforms.