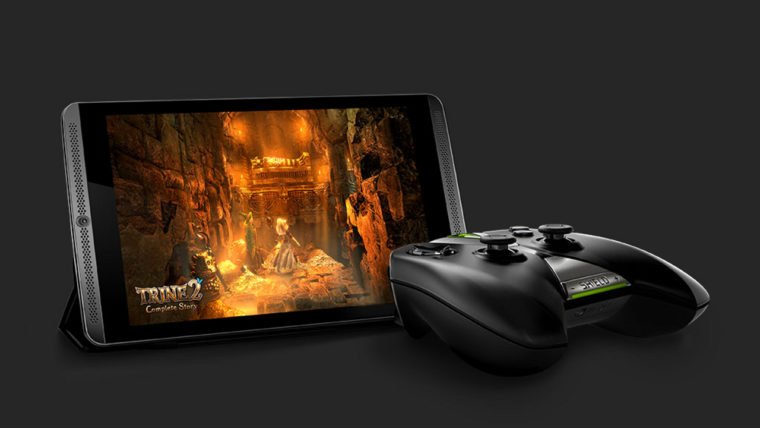 Nvidia revealed their Shield portable gaming system last year, showing an Android power device with a 5-inch screen and an attached controller. Now they are expanding the Shield family with the Shield Tablet and a special wireless controller specifically designed to work with it. The Shield Tablet is specifically designed for gamers, making it a powerful new Android tablet that might push mobile gaming to the next level.

The Shield Tablet will be $299 while the optional controller is $59.99

The Shield Tablet is powered by the Nvidia Tegra K1, which they claim makes it comparable to the Xbox One. It will be able to run Unreal Engine 4 titles, which should keep it future-proof for quite some time. Using this power you’ll be able to play Shield exclusive games along with thousands of Android games that are already available. In the announcement video below Nvidia claims that the Shield Tablet will let you enjoy “PC-class gaming on the go”.

Many of those games are optimized for controller support, making the new Nvidia Shield Wireless Controller an essential add-on to the Shield Tablet. Since touch controls have been the bane of mobile gaming since its inception, having a controller natively supported really does make this a serious contender for gaming. However, given the emphasis they place on the controller in the video it is odd that it comes an an optional accessory.

To use the controller, you’ll need to prop up the tablet using the built-in cover. While not in use the cover protects the 8-inch 1920×1200 screen. Once you are ready to game though you can fold the cover into various configurations to get the optimal viewing angle on the screen.

Additional features of the Shield Tablet include Twitch streaming via Shadowplay and game streaming from your PC to the tablet. This was the main selling point of the original Nvidia Shield, so seeing it here isn’t too surprising. I’ve tested out the streaming capabilities of the Shield before and found that it works fairly well. It isn’t something you would use for a fast-response game like Titanfall, but for slower affairs, such as Civilization 4, it works well.

The Shield Tablet costs $299 and is available for preorder now. It comes with 32GB of hard drive space, allowing you to have a good amount of games ready to play. It will run Android KitKat, and has two 5MP cameras, one on the front and one on the back. The Shield Controller costs $59.99 and comes separate from the tablet. There is an intergrated microphone within the controller allowing it to manage voice commands and search via the tablet.