Like the Oculus Rift? Now meet the Virtuix Omni 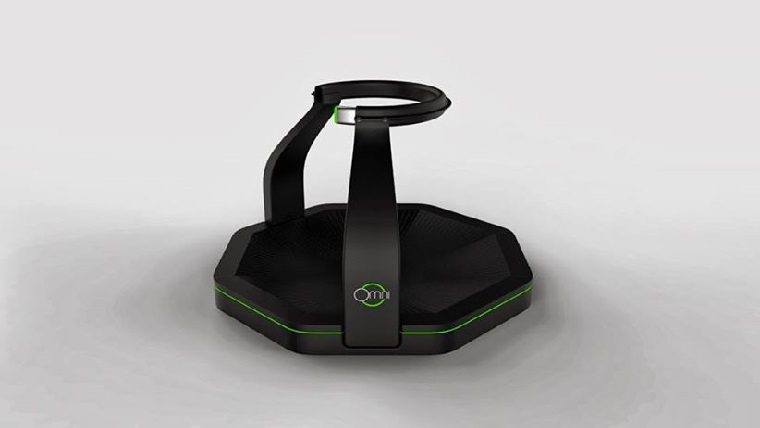 The gaming world is rapidly turning towards Virtual Reality. First there was the Oculus Rift and now the Virtuix Omni, another Kickstarter brainchild, has hit the ground running. Regular readers may remember that Attack of the Fanboy covered the Omni briefly back in March, while it was still a mere prototype, but for newcomers; here’s a link to Skyrim being played on an early version of the Omni.

The Kickstarter project was only listed on the 4th of June, and Virtuix are already accepting preorders for their baby, having raised over a million dollars from backers. Retailing at $499, preorders include the Omni platform itself, as well as the harness and special shoes needed to operate the device. The estimate delivery is listed as March 2014.

A second Package at $1019 includes two copies of everything in the normal preorder package, plus a third pair of shoes. It’s worth noting that the shoes and harness can both be bought separately at $49 and $79 respectively, so the second Package only saves $28 (but then again, if you have $1000+ to spend on it, this probably doesn’t bother you.) 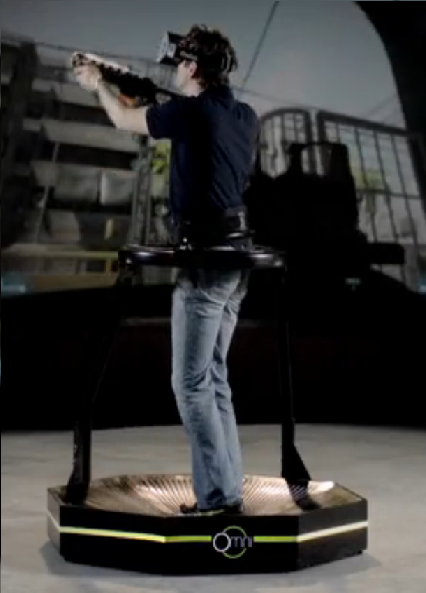 A six-minute video of the Omni in action can be seen on the Kickstarter page, and the software appears to realistically convert keystrokes on a keyboard to gestures on the device. Calibration can be done to map buttons for running, jumping and strafing to the relevant real life equivalents. Within the video, industry experts that have tested Omni prototypes discuss the opportunities that it provides not only gamers, but businesses as well. Examples include architectural walk-throughs of houses, virtual tourism, and exercise.

Now, before you throw your computer out of the window, screaming about how it’s another gimmick and a super-expensive Wii Fit; firstly, the demonstration includes gameplay of blockbuster games such as the Battlefield and Call of Duty series, so this isn’t just for the casual gamer. On top of this, really ask yourself if you wouldn’t enjoy going for a jog in the virtual beauty of Skyrim, or better yet, a next-generation game, if you could.

Obviously the experience will be very costly, especially when you factor the $300 dollars for the Oculus Rift. Not to intentionally pile on the disappointment, but none of the orders include VAT, import duties or shipping, though the platform does disassemble so these extra charges may not be as steep as expected.

Weak or strong, everyone will have an opinion on this. Do you love the idea so much that you can’t preorder it because you’ve drooled all over your computer, rendering it useless? Maybe you hate the product beyond compare so much that you’d disown anyone stupid enough to buy one, even your mother? Or do you appreciate the Omni, but respectively turn it down due to it’s high cost?

Give us your opinion on the comments.