The latest news in the world of video games at Attack of the Fanboy
April 21st, 2017 by William Schwartz 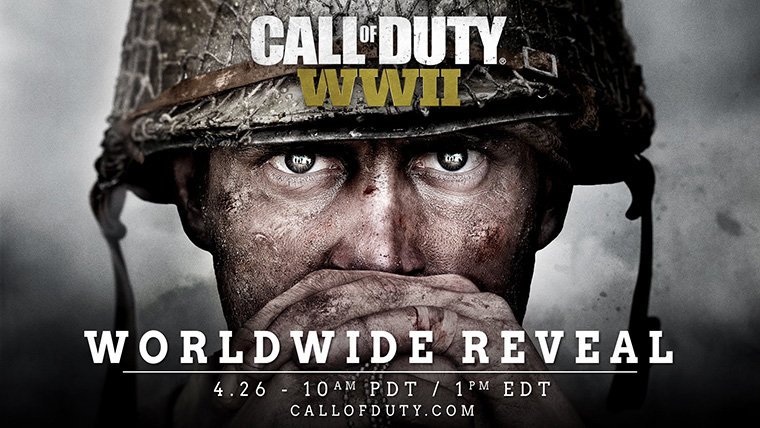 It’s been made official.  The Call of Duty franchise is heading back to its roots of the World War II era this year and will be revealed on April 26th via a worldwide livestream event.  A page on the Activision website has confirmed the rumors, it looks like this year’s Call of Duty game will simply be called “Call of Duty: WWII.”

This year’s game is being made by Sledgehammer Games, and if you’ve been following the rumors, they’ve been pointing to a World War II title for quite some time.  The art found on the site can be seen above, though nothing else has yet surfaced about the game in terms of gameplay or what it looks like.

Activision’s annual reveal for their popular shooter series on April 26th we be our first taste.  Mark your calendars and set your watches, the reveal is slated to take place at 10am PDT/ 1pm EDT.

The news isn’t all that surprising and Activision hasn’t been too secretive about wanting to take the series back to its roots.  What this means for the series though is that it’s likely going to take a step backwards in terms of gameplay and movement mechanics that have been iterated on since Advanced Warfare.  Call of Duty: WWII should be a boots on the ground shooter experience that every game in the series featured prior to the introduction of the Exo-Suit.

No stranger to the era, the first three games in the series were all World War II shooters.  After pushing forward into more modern times, Treyarch revisited the era with Call of Duty: World at War back in 2008.