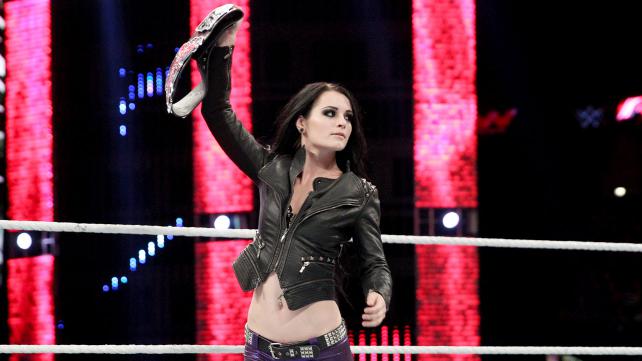 People that have purchased the Season Pass for WWE 2K15 are entitled to get Paige as a playable character. It looks like she’s not available in the game just yet.

North Americans have WWE 2K15 already on PS3 and Xbox 360. A number of them have also went out to pay for the game’s Season Pass. Not only do you save money on the three other 2K Showcase storylines, but it’s your only way to get Paige in the game. Unfortunately, 2K Games didn’t alert everyone that she wouldn’t be available on day-one. A lot of gamers have been confused as to why she doesn’t appear on the selection screen just yet.

Newly appointed WWE 2K15 Community Manager (Marcus Stephenson) addressed these issues on the official 2K forums. All he said was that Paige will be available “shortly after launch”.

The official WWE 2K15 twitter page had more information saying that the team is trying to get her out ASAP. They apologize that she wasn’t available on the game’s launch day. They will announce at a later date when she will be available for Season Pass owners.

WWE 2K15 releases November 18th on PS4 and Xbox One. Hopefully Paige becomes playable before those versions come out.