Play PS4 Games on the Xbox One 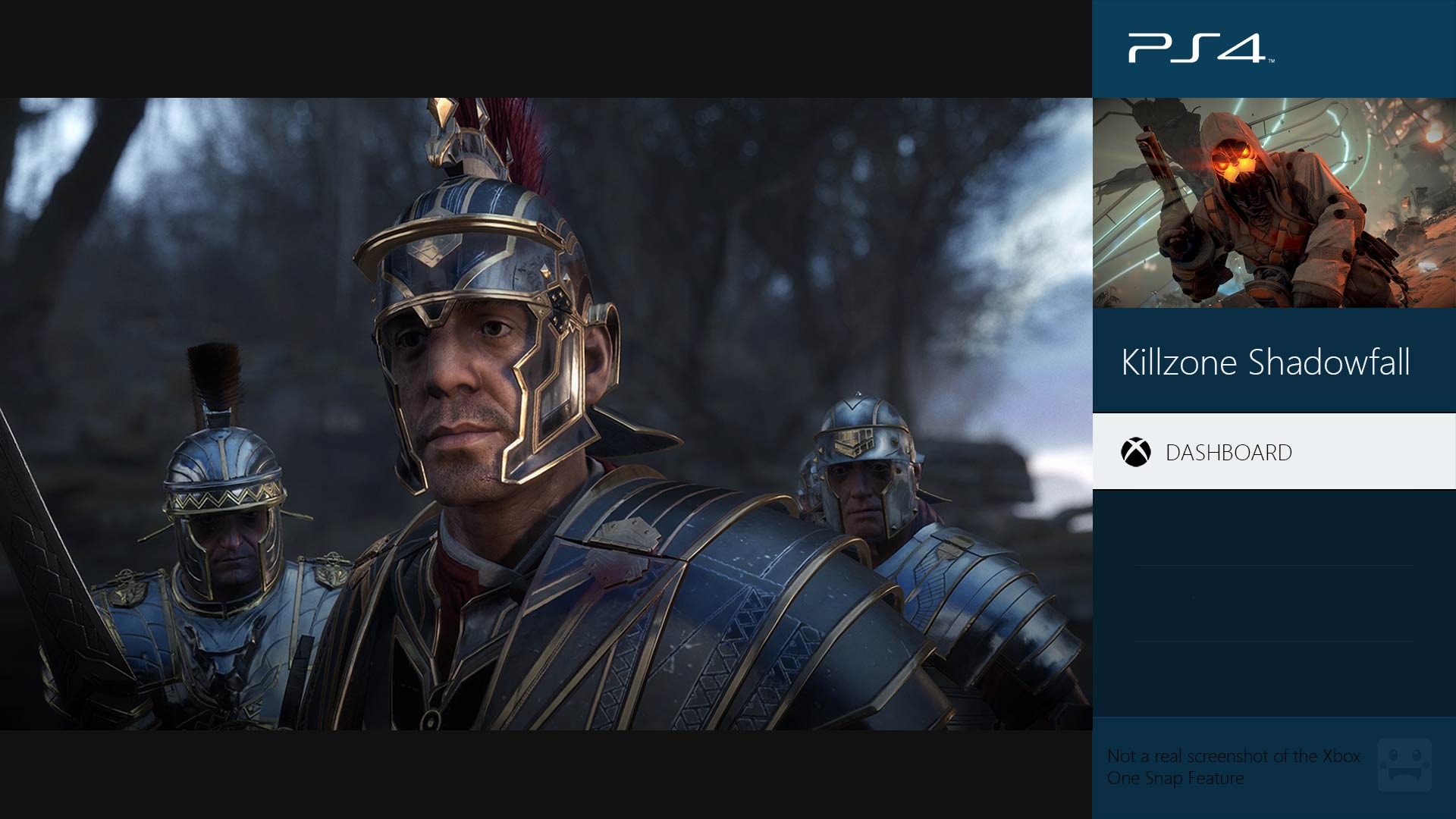 In theory you’ll be able to play PS4 games on the Xbox One come this fall, and it’s because of the Xbox One’s HDMI pass-through feature.   Microsoft confirmed at the Tokyo Game Show that the HDMI pass through will allow you to push any content onto the Xbox One Dashboard, even games or media from the PlayStation 4.

If you wanted to be playing Ryse and Killzone at the same time, you could do that

Albert Penello revealed that you could snap anything through the HDMI pass feature.  “Any application can be snapped to a game,” said Penello.  “This could be the live TV feed, so if you wanted to be playing Ryse and Killzone at the same time, you could snap that,” he said in a presentation at the convention.

This could be a pretty cool feature for those who intend on buying both consoles.  It’s likely the closest you’ll ever get to having Sony’s massive lineup of exclusive games on your Xbox One.   The next-generation starts in less than two months time, and for the first time in 2013, it looks like these rival consoles will be playing nice.

Home / Game News / Play PS4 Games on the Xbox One