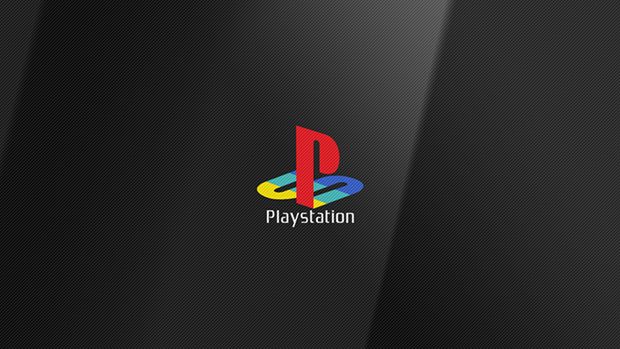 Sony has announced its most recent sales data for the PlayStation 3.  The console has passed 70 million units worldwide as of November 4th, 2012.  This comes six years after its launch in 2006, and closes the gap between the Xbox 360 in global measurement.   This 70 million figure is neck and neck with the most recent numbers that Microsoft announced in their most recent financial report.

The PlayStation 3 took a hard route to get to this point.  Sony launched the console at a ridiculous $600 price point, lacked in quality software, and had an inferior online experience with the PSN (albeit a free alternative) at launch.   Sony’s PlayStation 3 has obviously been selling better than the Xbox 360 outside of North America, where the Xbox 360 has had a stranglehold on sales for 22 straight months.

In a recent press release from Sony’s corporate offices in Japan.  The electronics maker also announced that the PlayStation Move has surpassed 15 million units worldwide, and the PlayStation Plus program is beginning to pick up steam.  Despite it’s troubles, it appears that Sony could pull into second place in this generation’s console sales war before the next-generation of consoles is even announced.

You check out all the details in the press release below:

–Tokyo, November 16, 2012–Sony Computer Entertainment Inc. (SCE) today announced that the cumulative sales of the PlayStation®3 (PS3®) computer entertainment system reached a milestone of 70 million units*1 worldwide as of November 4, 2012 – less than six years after the platform launched in 2006. SCE also announced that sales of the PlayStation®Move motion controller surpassed 15 million units*1 worldwide as of November 11, demonstrating continued growth and momentum of the PS3® platform.

The PS3® system has delivered high quality, award-winning entertainment experiences since its launch. Throughout its lifecycle, the PS3® system has continued to evolve with more streamlined design, larger Hard Disk Drive (HDD) capacity, and new features through software updates. In September 2012, SCE launched the new PS3® system, which has a reduced volume and weight of more than 50 percent compared to the original PS3® model, and of 25 percent and 20 percent respectively compared to the slim PS3® model launched in 2009. The new PS3® has been well received by consumers around the world.

Along with the introduction of PS3® in November 2006, SCE launched PlayStation®Network, which now operates in 59 countries and regions*2 around the world. PlayStation®Network supports free community-centric online gameplay, exclusive games from independent developers and major publishers, and a broad range of entertainment applications across movies, music, and sports. PS3® owners can access 170,000 downloadable digital content including 57,000 game content worldwide from PlayStation®Network*3. In October 2012, SCE redesigned PlayStation®Store for PS3®, offering a more streamlined and accessible store experience, including a stunning new user interface, simple search, and powerful content discovery. The new store is now available in Europe and North and Latin America with more countries and regions to follow.

PlayStation®Plus, the subscription service package on PlayStation®Store that offers exclusive benefits such as discounts on games or online storage for game saves, started to offer an “Instant Game Collection” in North America and Europe in July 2012. The Instant Game Collection enables PS Plus members to enjoy popular titles from third party developers and publishers as well as SCE Worldwide Studios at no extra cost. SCE has also enhanced the content offering for PS Plus members in Japan in November.

Introduced in September 2010, the PlayStation®Move motion controller that enables users to intuitively play games is now supported by a wide range of titles with more than 400 as of November 2012, including Sports Champions, Everybody’s Golf 5, and Sorcery (Sony Computer Entertainment). Additionally, this month marks the global launch of Wonderbook™, a new peripheral that delivers the next evolution of storytelling and a unique experience exclusively on PS3®. Wonderbook*4 uses the PlayStation®Eye camera to take augmented reality to spectacular new places, while drawing players into new worlds and allowing them to interact with stories as they tilt or rotate it, or simply turn the pages*5.

PS3® has gained tremendous support from 3rd party developers and publishers worldwide. Cumulative number of software titles for PS3® reached 3,590 with more than 595 million units sold worldwide*6. More exciting and attractive new titles are to be released from third party developers and publishers as well as SCE Worldwide Studios, including RYU-GA-GOTOKU 5 (SEGA Corporation), Fist of the North Star: Ken’s Rage 2 (TECMO KOEI GAMES CO.,LTD.) towards the holiday season. In addition, software titles that support “cross platform feature” such as Everybody’s Golf 6, LittleBigPlanet 2: Cross Controller Pack(Sony Computer Entertainment) are also expected to be released. With these titles, SCE will deliver a ground-breaking gaming experience by leveraging the capabilities of both PS3® and PlayStation®Vita.

SCE will continue to further expand the PS3® platform and create a world of computer entertainment that is only possible on PlayStation®.

*4 Title which only needs PS Eye and Wonderbook to enjoy will become available.