The latest news in the world of video games at Attack of the Fanboy
June 24th, 2014 by Kyle Hanson 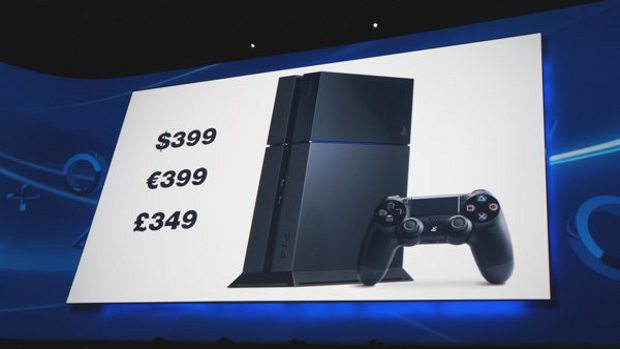 E3 2013 has become almost legendary at this point. The Xbox One was having trouble, it had been announced in a strange way and there seemed to be more questions than answers. What was this family sharing thing, and how would it work? Do we have to always be connected to the internet? What do we do if we don’t have a good connection? And, most importantly, how much was it going to cost?

Finally the press conferences started and we began getting answers. The only problem was that the answers we got ended up causing more anger and confusion. The final kick to the Xbox One was that it would retail for $499. This set the stage perfectly for what many consider to be one of the greatest E3 reveals of all time, Sony’s announcement of a $399 Playstation 4.

We were dancing in the aisles and high-fiving. It was great.

This “mic drop” moment has shaped the current console war, causing long time Xbox fans to switch allegiance in favor of the cheaper console. So, how did Sony react when they first heard that their main competition would end up being $100 more expensive? While talking with Ars Technica Sony Head of Worldwide Studios Scott Rohde discussed that exact moment.

“I’m not gonna lie. I remember exactly where I was,” Rohde said. “We were in press conference rehearsals last year. We had a feeling they were going to come in at $499, but we weren’t sure. So yeah, we were dancing in the aisles and high-fiving. It was great. Anyone that came in on an interview, it didn’t matter what the question was, I could always just answer it with $399. It was the answer to every question.”

Sony had worked to achieve that lower price point since 2008, when they first started planning out the PS4. They had learned their lesson with the PS3’s disastrous $599 price point, and were working to prevent the same scenario this generation. In Rohde’s words, they had “misjudged how much the market could bear in terms of price point,” and they were not going to do it again.

Microsoft has now released an Xbox One without Kinect, allowing them to lower their price to the same $399 level. Rohde wasn’t too shocked by this though.  “I think that, to be truthful, we always assumed that eventually they’d have to release a SKU without a camera. So we were waiting for it to a degree, and we were ready for it.”

How Sony will react to this newly renewed level of competition isn’t entirely clear. Although many would argue that their E3 2014 conference was a decent response, showing off games that were either exclusive to the PS4 or would have exclusive content and features. Microsoft isn’t sitting idly by though, with exclusives like Halo: The Master Chief Collection and Sunset Overdrive along with a renewed focus on gaming. And now that both consoles are at that mythical $399 price we should start seeing some serious fighting between the two heavyweights.