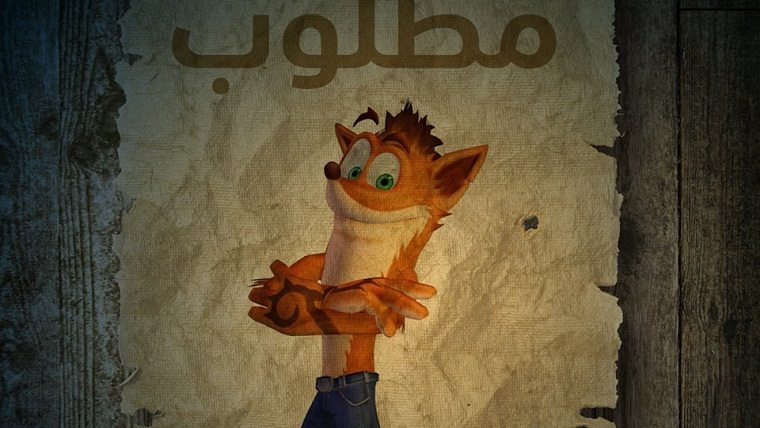 After posting an interesting poster about Crash Bandicoot via Twitter the other day, PlayStation Middle East has now posted it on its Facebook page too.

The message posted again is “Most Wanted Person…Where are you Crash?“. It must be more than just a fluke if PlayStation Middle East posts the same tease five days later on Facebook after tweeting about it.

It makes sense for Sony to be more interested in Crash Bandicoot as Activision is doing nothing for the character at the moment. The last game that came out was back in 2010 and the character has been missing in action ever since.

When the PS4 first launched, Sony even chucked in a silhouette of Crash Bandicoot in one of its TV advertisements. The company again referenced Crash when Shawn Layden gave him a public endorsement during the PlayStation Experience event last December.

Crash Bandicoot is important to PlayStation as the first games developed by Naughty Dog helped make the PSOne a worldwide success. The franchise was never the same again when Naughty Dog stopped developing them and Sony no longer owned the rights to the character.

Hopefully all these subtle teases eventually means a reboot/remake game for Crash Bandicoot on PS4 is going to be made. After all, Square Enix surprised everyone when it finally revealed its making Final Fantasy 7 Remake.