The latest news in the world of video games at Attack of the Fanboy
September 5th, 2017 by Dylan Siegler 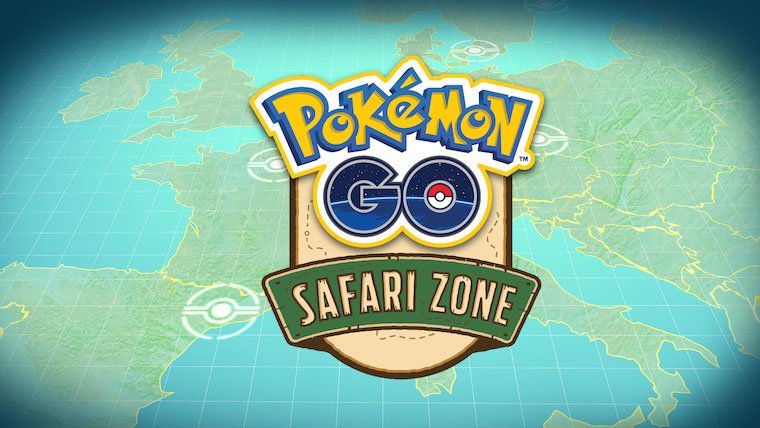 As part of their ongoing, one-year anniversary celebration, Niantic, the developer behind Pokémon GO, is commemorating the game’s year-long existence with a number of events. Some of these events, originally announced a while ago, include the Safari Zone events that will take place in various locations across Europe. These events are coming up soon now and the official Pokémon GO website recently detailed what will go on.

Safari Zone events are scheduled to take place on September 16 at the Unibail-Rodamco Shopping Centres at CentrO in Oberhausen, Germany, Les Quatre Temps in Paris, France and La Maquinista in Barcelona, Spain. Additionally, four more events were recently added to the schedule, which include events at Fisketorvet in Copenhagen, Denmark and at Centrum Černý Most in Prague, The Czech Republic on October 7, as well as at the Mall of Scandinavia in Stockholm, Sweden and at Stadshart Amstelveen in Amstelveen, The Netherlands on October 14.

Players at the events will receive an in-game medal for participating. The areas holding the events will have PokéStops that will have Lures attached to them all day and will give players special 2 km Eggs that will hatch Pokémon that don’t usually hatch from 2 km Eggs. Unusual Pokémon will also appear during the events, such as Kangaskhan, Chansey and Larvitar. While Chansey and Larvitar are rare Pokémon, it’s interesting that the post specifically mentioned Kangaskhan, since that is normally a region-specific Pokémon, only appearing in Australia. There have been some recent events that featured Kangaskhan appearing outside of Australia, but we won’t know until the Safari Zone events if this is the only region-specific Pokémon that will appear outside of its natural habitat at these events. Players may also find Shiny Pikachu, Shiny Magikarp and various Unown.

It is also stated in the post that participating players will receive “Trainer kits,” though it is not explained whether these kits will be in-game or physical kits, nor is it detailed what these kits will include. Select stores in the surrounding areas will be holding special offers for Pokémon GO players and, “to optimize the experience for all Trainers attending,” Gyms and Raid Battles in the areas will be disabled during the events. For those unable to reserve tickets, some of the unusual Pokémon that can be found during the events will also be catchable in the cities that the events take place in during the times of the events.