All original 151 shiny Pokémon will be available 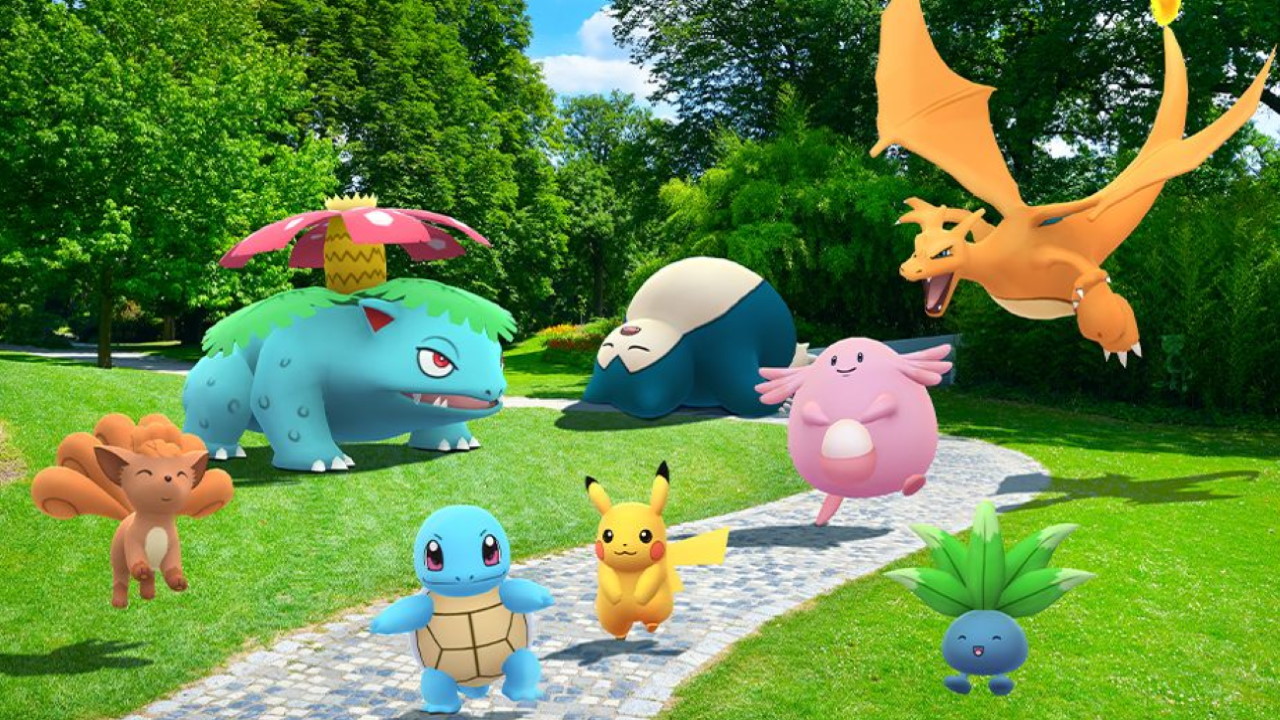 Pokémon GO events have grown a lot since their debut a few years ago. What was once a simple “go catch a bunch of Pokémon” type of thing has shifted to include boosted shiny chances, exclusive research, and much more. And it seems that Niantic is ready for the next evolution of Pokémon GO events with the announcement of Pokémon GO Tour: Kanto. This event looks to celebrate the original Pokémon Red and Green which debuted in Japan 25 years ago. To celebrate there will be a special ticketed event that offers players the choice of two unique experiences. All together players will be able to catch tons of Kanto region Pokémon with all 151 available in shiny form, some for the first time.

When is the Pokémon GO Tour: Kanto Event

The Pokémon GO Tour: Kanto Event will take place on Saturday, February 20th, 2021. It will start at 9am your local time and run for 12 hours, ending at 9pm. However, the ticket is already available in the Pokémon GO store, so players have a couple of months to decide if they want to participate, though there’s a bonus for buying early. The event doesn’t fully require the ticket, players without it will still see more Kanto Pokémon appearing in the wild, but much of the event is locked behind the ticket paywall, so let’s break that down.

What is the Pokémon GO Tour: Kanto Event

To celebrate the 25th anniversary of Pokémon Red and Green Niantic is launching the Pokémon GO Tour: Kanto Event which will feature the original 151 characters from those classic games. While all 151 Pokémon have been available in GO for some time, this event will have them appear more commonly during the 12 hours and will offer special exclusives including unique moves and ways to catch Legendary Pokémon from the original Kanto region.

If you don’t buy the ticket some of these perks will be available to you. These include the increased Kanto spawns in the wild and in raids. Articuno, Zapdos, Moltres, and Mewtwo will all be appearing in raids and with their exclusive attacks from previous events. Articuno will have Hurricane, Zapdos will have Thunder Shock, Moltres will have Sky Attack, and Mewtwo will have Psystrike if caught during the hours of the event, whether you have a ticket or not. There will also be special Timed Research and an increased trading radius of 40km for all players so be sure to check those out.

However, to unlock the full potential of the celebration you’ll need to buy the Pokémon GO Tour: Kanto Event ticket. Set to a price of $11.99 the ticket comes in two versions, Red and Green. You can see if we think it’s worth it to buy and which to choose here, though the choice will be made closer to the launch of the event. So, what do you get with the ticket that you miss out on without it?

Much higher spawn rates of Kanto region Pokémon along with boosted shiny chances based on the ticket color you chose. You will also see their evolved forms appearing more often in the wild and can get them from research tasks obtained from PokéStops. UPDATE: This information was in error. Look for more announcements about this later on.

An event exclusive Special Research will be available that will reward a special character. Afterward you’ll get a second Special Research quest with Shiny Mew as the reward. You’ll get more candy for catching Kanto region Pokémon as well. Finally, buying the ticket early will give you access to the January and February Community Day Special Research quests at no additional charge. Purchase before January 13th or February 3rd both at 11:59pm PT to receive the bonus.

How to Buy the Pokémon GO Tour: Kanto Event Ticket

Once you’re ready just open Pokémon GO and tap the Poké Ball at the bottom then select Shop. Here you’ll see the Pokémon GO Tour: Kanto ticket available for $11.99 or your local equivalent. Select it then tap the Buy button to add it to your account. You won’t choose between Red or Green just yet. Instead you’ll be prompeted to make the choice a few weeks before the event, so be sure you’ve read our guide on the full differences and whether the ticket is worth buying linked above.

So that’s all the details we have about the Pokémon GO Tour: Kanto Event, but it’s still a few months away so expect more as it gets closer. And be sure to check out our guides to see if the ticket is worth it to you and which you will want to choose.