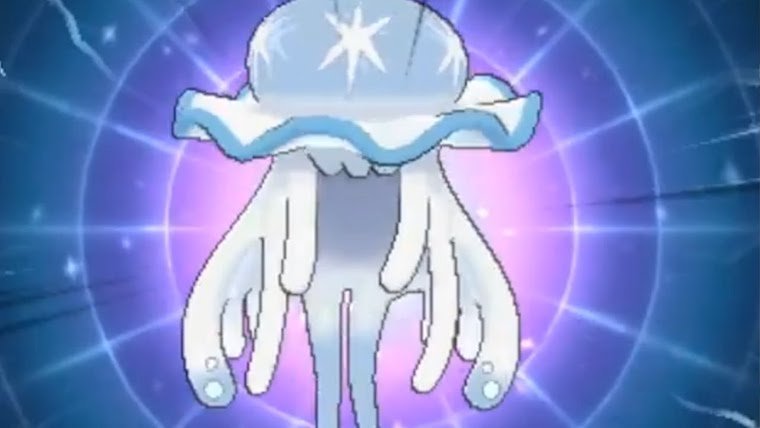 Last week, a mysterious video was posted on the official Japanese Pokémon YouTube channel. Upon visiting the site linked to in the description, we were met with the date 7/19/17. Well, that day is today, and the site has changed quite a bit. For one thing, there are now two new pictures in rotation with the two pictures that were there before. One of the two new pictures shows what appears to be two detectives holding hands with an Elgyem, an alien Pokémon. The other picture seems to show two Ultra Beasts terrorizing a town.

The entire page is in Japanese, which I know none of, so I’m doing my best here. If you scroll down from where the pictures are rotating, you’ll find the logos of Pokémon Sun and Moon, which would seem to imply that this might all be leading up to some kind of event in the games, at least in Japan. Below that is the date 7/26/17 with the words “coming soon” next to it. That’s one week from today.

Scroll down more and you’ll meet three characters who are apparently investigating paranormal activities in the Pokémon world. One looks like an archeologist of sorts, one is a Hex Maniac and one appears to be a professor or scholar. The text next to them explains that they are investigating “ancient ruins, time travel [and] alien rumors.”

Scroll down further and you’ll find four cases. In the first, these three characters discuss time travel and time control and the Pokémon known for possessing these abilities, Celebi and Dialga respectively. The characters describe what transpired in the Celebi event from HeartGold and SoulSilver, which involved the player’s character traveling back in time. Also discussed is Dialga’s place in mythology as the creator and controller of time.

Case No. 3 focuses on different dimensions. This discussion starts by mentioning the Distortion World in Platinum and the legendary Pokémon that can be found there, Giratina. According to in-game mythology, Giratina was banished to the Distortion World by Pokémon God Arceus for being too violent. The page then mentions other Pokémon who have been implied as having connections to other dimensions based on various in-game texts, such as Bronzong, Porygon Z, Gengar and Hoopa.

The fourth and final case is about various ancient ruins found in the Pokémon games. The archeologist character gives an extensive list of all ruins found across all the main series games, including the Ruins of Alph from Gold, Silver and Crystal, the Sealed Chamber from Ruby, Sapphire and Emerald and Spear Pillar from Diamond, Pearl and Platinum. The archeologist discusses the underwater ruins found in Black 2 and White 2 and how they must be left over from some ancient civilization but that his research didn’t yield much progress. He then discusses various written languages used in different ancient ruins, such as Braille and the Unown language. The discussion ends with the implication that Unown may be connected to Arceus in some way.

After the four cases, the last thing on the page is two pages dedicated to the Ultra Beasts found in Sun and Moon. The first page mentions how Ultra Beasts come from another world called “Ultra Space” and came to our world through an “Ultra Wormhole.” The page discusses the Aether Foundation and the process by which players interact with Nihilego in Sun and Moon. The page then compares the possessed girl found in Ultra Space to Bill from Red and Blue, who takes on the appearance of a Pokémon when you first meet him. The second page simply shows several pictures of the all the Ultra Beasts, Nihilego, Buzzwole, Pheromosa, Xurkitree, Celesteela, Kartana and Guzzlord, appearing in the human world and wreaking havoc. The bottom of the page implies that more about Ultra Beast Necrozma will be revealed in the upcoming games Ultra Sun and Ultra Moon.