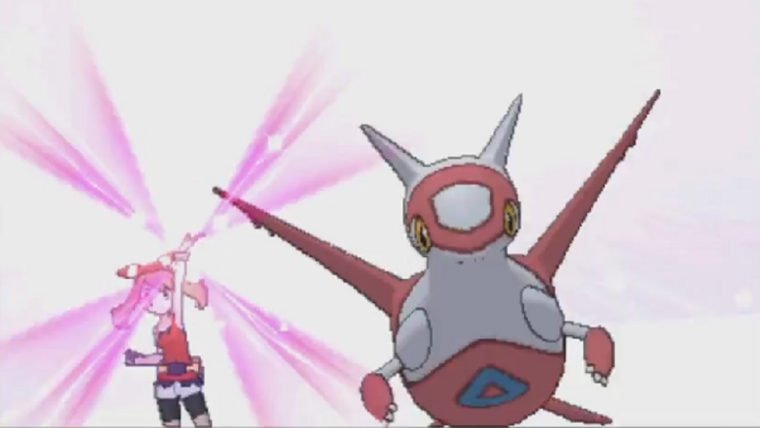 Pokemon Omega Ruby & Alpha Sapphire is just over a month away from release and Nintendo is pulling back the curtain on the upcoming 3DS remakes. The latest trailer shows a lot of new gameplay footage, including flying around the Hoenn region, encounters with various legendary Pokemon, and video of the latest mega evolutions that were revealed recently. On top of this we get a look at the PokeNav system, which seems to include a lot of new elements for the games.

Even more powerful Mega-Evolved Pokémon have been revealed for Pokémon Omega Ruby and Alpha Sapphire!

The Nav system allows you to scan a map of the local area, or the larger region. Using this you can get more info about the location, along with info on the Pokemon that can be found there. You can also view the BuzzNav to get the latest news from Hoenn. Likely this last feature will be important for the game’s story mode, much like the communicator played a role in Pokemon X & Y.

Pokemon Omega Ruby & Alpha Sapphire are remakes of the Game Boy Advance classics Pokemon Ruby & Sapphire. The game’s will feature a total visual upgrade, bringing them in line with the recent 3DS releases Pokemon X & Y, and will feature currently unknown levels of new content. Keep checking back here for the latest updates as we get closer to the games’ final release.