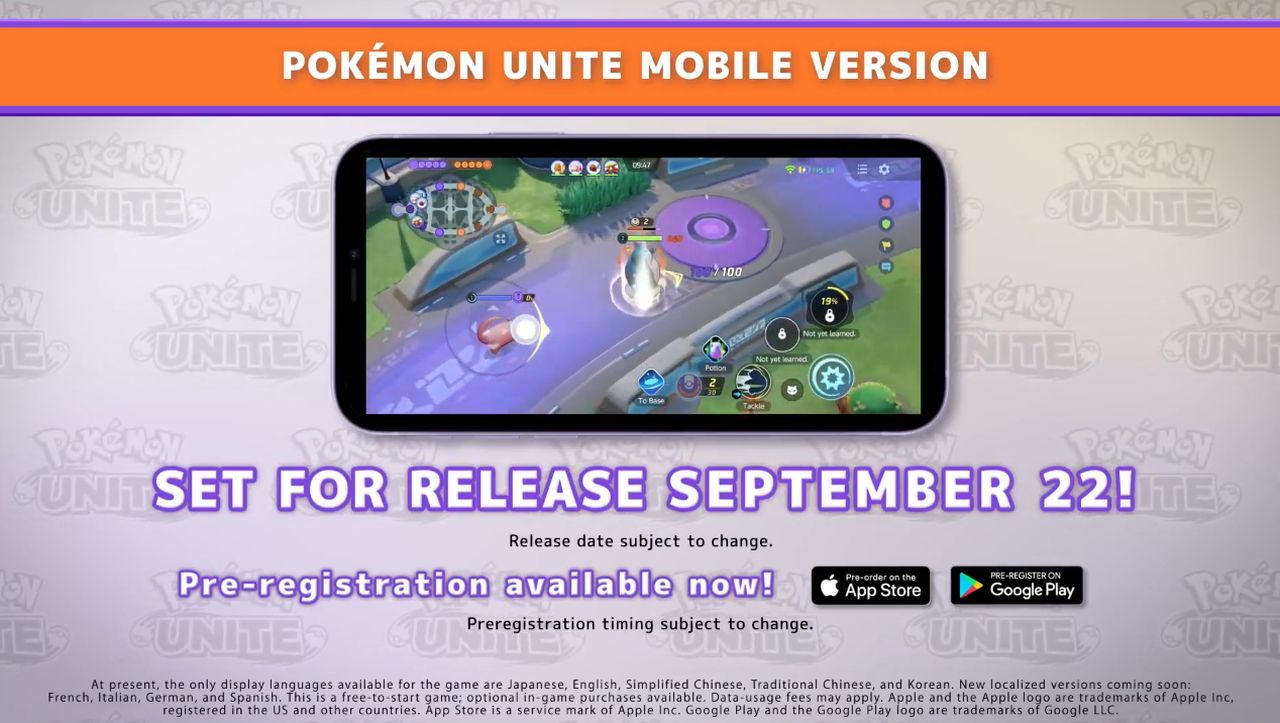 In the August Pokémon Presents showcase, the Pokémon Company started off by going over some key updates about the game’s future. These updates included things such as an exact date for the mobile version’s release of the game as well as two upcoming Pokémon being added into the roster.

The game is set for a September 22 release date, but is subject to change. According to the company, pre-registration is available now on Google Play and the Apple App Store. There is also an ongoing pre-registration campaign going on right now, where if there are more than 2.5 million registrations, players of the game will unlock Pikachu as a fully playable character. If over 5 million people register, players will additionally unlock a special festival style Pikachu Holowear costume.

Nintendo Switch players of Pokémon Unite will also get Zeraora as a free character by just logging in to the game by August 31, 2021.

The game will also come with cross-platform support. Players on Switch or mobile can play with each other on the mobile release day. Progression can also be carried over between the platforms by linking accounts.

#PokemonUNITE is coming to mobile on September 22!

You can pre-register for Pokémon Unite on mobile now.

Click here to go to the Google Play store

Just keep in mind that the full releases are subject to change, especially with the announcement saying the 22nd but the App Store says “expected Sep 30, 2021”.

Pokémon Unite is out now for the Nintendo Switch. Be sure to log in and sign up for pre-registration for a bunch of free goodies to come. You can check more about upcoming patch notes and guides for the game by clicking here.