Portal 2 is Now Available for Pre-Order 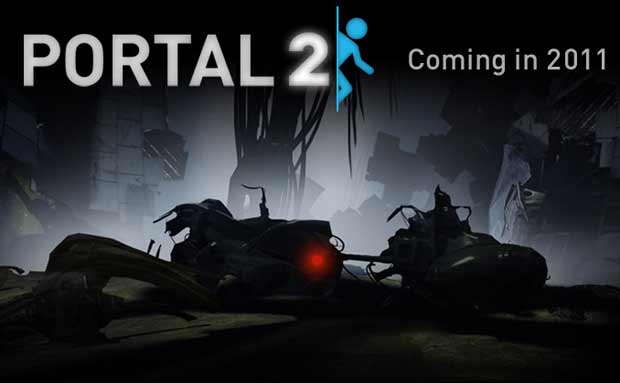 Portal 2 has begun it’s pre-order period today.  Valve has just announced that the game is now available for order among a variety of different outlets that will offer exclusive content at participating retailers.  These offers will include a “variety of dollars off and or exclusive in-game content for those who reserve the game before April 18th.  As mentioned in the press release these add-ons are exclusive skins for the co-op bots.

“Portal 2 is shaping up to be the most innovative title in Valve’s history, and to be a much larger experience than we originally planned,” said Doug Lombardi, vice president of marketing at Valve. “As such, we are aggressively promoting the title with more retail promotions than we have put behind any prior release.”

The highly anticipated sequel to 2007’s Game of the Year, Portal 2 is a hilariously mind-bending adventure that challenges you to use wits over weaponry in a funhouse of diabolical science.  Using a highly experimental portal device, you’ll once again face off against a lethally inventive, power-mad A.I. named GLaDOS. And this time you won’t be alone. Meet an expanded cast of characters as you think your way through dangerous, never-before-seen areas of Aperture Laboratories.  Break the laws of spatial physics in ways you never thought possible, with a wider variety of portal puzzles and an expansive story that spans a single player and co-operative game mode.

Available for the Playstation 3, Xbox 360, PC and Macintosh computers, Portal 2 is scheduled to ship worldwide the week of April 18, 2011.