PS4 Gets All Nostalgic with a New PS2-Inspired Theme 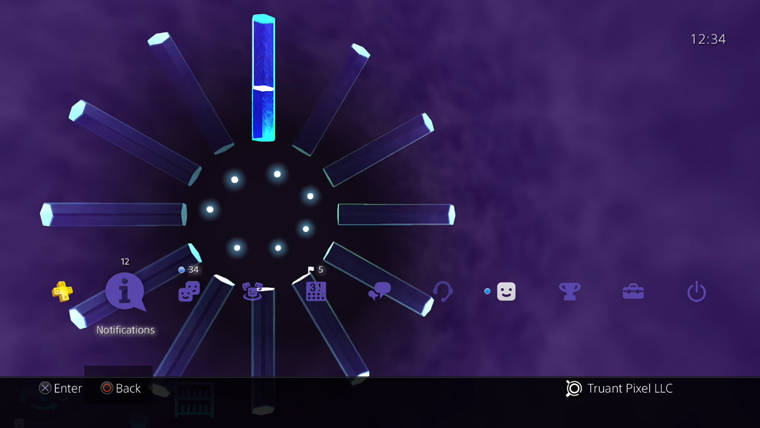 Truant Pixel has announced the upcoming launch of a new dynamic theme for PS4 perfectly reproducing the dashboard of PS2. The ‘Legacy Dashboard Dynamic Theme’ is the result of two years of work in which the developers have recreated every aspect of the classic dashboard separately, which combined represent a perfect reconstruction of the sights, sounds, and functionalities. It runs at 1080 resolution and 60 FPS, and has been developed with 4K displays in mind.

The theme welcomes users to their PS4 menu with the iconic start-up sound of the PS2, then it recreates the whole boot sequence, as explained by them: “Upon starting up, users are treated fully recreated ‘boot’ sequence. PlayStation 2 logo cannot be used due to licensing restrictions, so we have taken an opportunity to create a mid-boot ‘Easter Egg,’ which changes randomly with every login. From there, the “Seven Stars” make an appearance, coalescing from random points to recreate the mathematical and dynamic formations to accompany the passage of time, similarly recreated from the original PlayStation 2 bios in the form of the Crystal Clock.”

The Crystal Clock appears when users move to the upper menu, and it changes its color, particle speed and behaviour according to the actions performed. The sounds of the theme were created by extracting the original tracks and recorded in high quality from the original hardware. The project has been possible with the collaboration of Sony Japan, Sony America, and Naughty Dog, and it’s the perfect complement to the recent PS2 Classics released for PS4 like the Jak and Daxter series or Resident Evil: Code Veronica X.

The Legacy Dashboard Dynamic Theme will be released on December 6 in North America and Europe for $2.99. Watch it in action in the video below.