PS4 Users Can Buy Avatars On The PSN Next Week 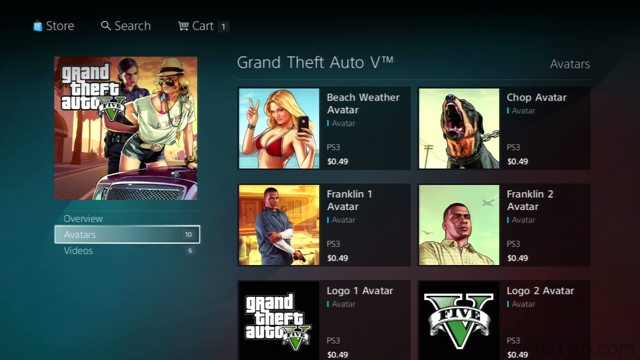 PS4 owners will be happy to know that they can purchase avatars via the PlayStation Store as soon as next week.

Avatars are coming to PlayStation Store on PS4 starting next week. Your PS3 avatars will still carry over.”

Previously, avatars could only be purchased on the PS3 or via the website store only. This way, the process will be much easier as you can just visit the PlayStation Store on the PS4 directly now.

Once the PSN updates itself sometime next week, you should be able to see some of the first avatars that will be available. Avatars usually include funny pictures or characters from various famous video games.

Sony actually asked gamers for this feature in a questionnaire that was sent out to some PlayStation gamers earlier this year. This is a sign that Sony is listening to fan feedback on future features that should be included in future PS4 updates.

Avatars on the PlayStation Store aren’t that expensive so many gamers will be buying the best looking ones come next week. Hopefully some new ones unseen before are added too.