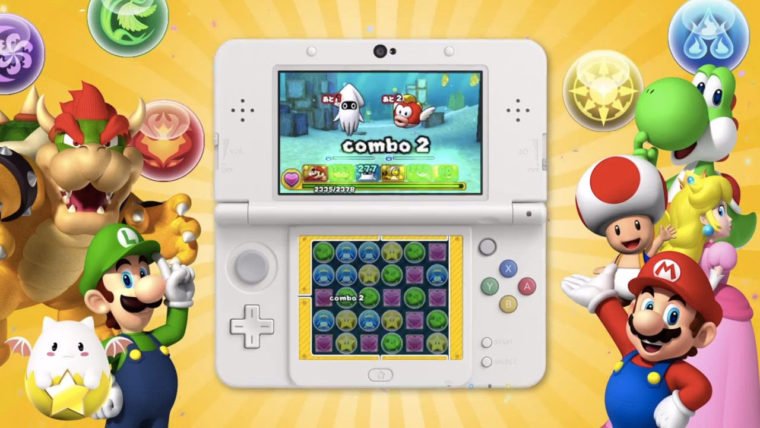 Puzzle & Dragons: Super Mario Bros. Edition was announced back in January, with many wondering if the game would hit US shores. More info was released, including confirmation of a Western release, but no date or price point was set. Now we have all the info and can say that the massively popular puzzle game Puzzle & Dragons Z will be hitting the 3DS alongside Puzzle & Dragons: Super Mario Bros. Edition on May 22nd. The games will be bundled together and offered at a single price point of $29.99 for both.

The Puzzle & Dragons series has been extremely popular in its native country of Japan, but hasn’t yet became a huge hit in the US and other countries as well. The series combines elements of puzzle, RPG, and strategy games to form something entirely new. While it may look like a standard match three type of game, there is much more going on behind the scenes.

Most versions of the game, such as those on iPad and Android, are free to play, selling in-game currency to players for real money. Whether similar elements will make their way into this release is not known, but with the base game costing $29.99, hopefully it won’t feature too many microtransactions.