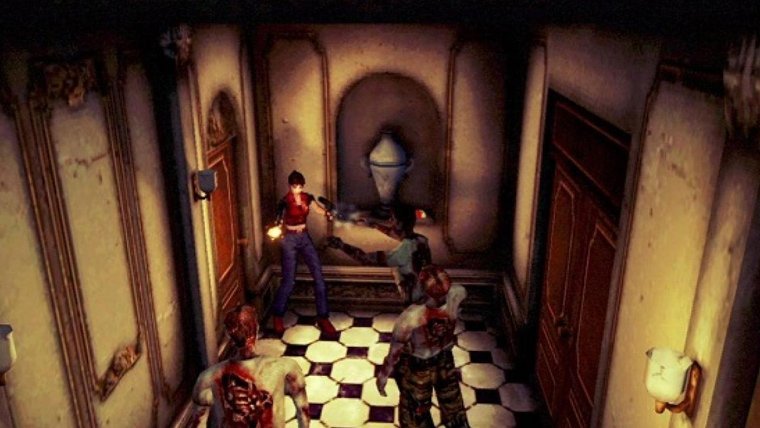 Rumors surrounding the launch of Resident Evil Code: Veronica X on PlayStation 4 started spreading after Germany’s USK board rated the game to be released in the country. But the title could arrive much sooner than anyone thought, with Gematsu claiming on Twitter that the classic horror game is included in the official list of PS4 and PSVita releases for next week.

That list would include previously confirmed releases of Butcher, LocoRoco, or NBA PlayGrounds, but the website is not providing any official document, which makes us take this information with extreme caution.

The absolute secrecy and lack of promotion of this release could mean that we are probably facing a straight port from the previous PS3 remaster or even the original PS2 version via emulation, which still improves graphics and adds trophy support. However, fans of the series were probably hoping to see a little bit more of effort from Capcom’s side, considering the good sales that the HD re-releases of mainline entries like Resident Evil Remake, Zero, 4, 5, and 6 have had on PS4 and Xbox One, as it was detailed on Capcom’s latest financial report.

However, the PS2 Classics option is still a valid option to get an updated version of classic games, and even Naughty Dog has preferred to release their four Jak and Daxter games on PS4 via PS2 emulation, after considering that working with the original version would be better than the problematic PS3 releases.

Capcom may have taken the same point of view, as the PS3 version of Resident Evil: CODE Veronica X while trying to improve the lighting and other graphic aspects of the original, also had disappointing results in that regard, leaving the impression of being a half-baked release. Going back to the original version seems to be a cautious stance, in fear of developing a worse product if they kept twitching the code with not enough budget to make a full revision.

This kind of HD re-releases seems to be one of the key strategies for Capcom going forward, as the latest financial report revealed that the company considers this a lucrative product that requires minimal effort to develop.