The latest news in the world of video games at Attack of the Fanboy
April 3rd, 2017 by Jose Belmonte 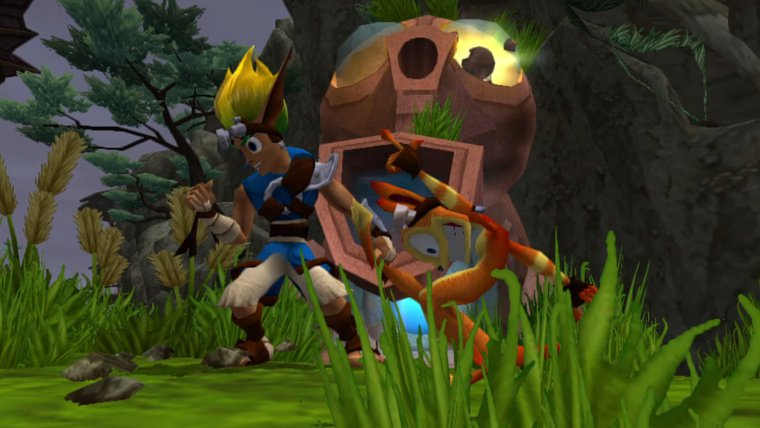 Sony has announced via PlayStation Blog the upcoming release of four Jak and Daxter titles on PlayStation 4. They will be available as PS2 Classics, which means they will be the original versions, now featuring HD graphics, trophy support, remote play, and share play. The titles included in this selection will be the original trilogy plus the racing spin off Jak X: Combat Racing.

Jak and Daxter was the big platforming franchise for PlayStation 2 from Uncharted and The Last of Us makers Naughty Dog. They had previously gained fame thanks to the classic Crash Bandicoot trilogy released on the original PlayStation. This release will feature the four titles developed by the company: Jak and Daxter: The Precursor Legacy, Jak II, Jak 3 and Jak X: Combat Racing.

The series tells the adventures of the protagonist couple while they try to solve the mysteries surrounding and ancient civilization known as The Precursors. In the first game, Jak tries to help Daxter to return to his human form after he is transform into a hybrid of otter and morsel. Later on, the series takes a more mature tone, with Jak getting new powers after suffering the experiments of Jak II’s main villain, Baron Praxis.

While the original game was closer to a classic platformer game, the following sequels featured more action-oriented gameplay and open-world settings. Jak X is a competitive racing game modeled after the driving mechanics of Jak 3 and presents local multiplayer, which will also be available on this PS4 release.

While the original trilogy was remastered for PlayStation 3 and PlayStation Vita, this is the first time that Jak X will be available since its original release in 2005. Additionally, the series got a fourth main entry called Jak and Daxter: The Lost Frontier developed by High Impact Games, and a spin off called Daxter for PSP.

Sony has not revealed a release date for the four titles, although they have confirmed that they will arrive later this year. For now, check out how the games look on PS4 in this trailer.