The Return of Ghost Recon sees a positive reception 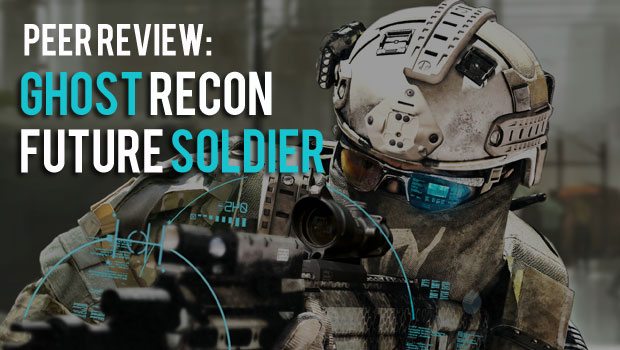 Ghost Recon Future Soldier launched today, and after a extended hiatus the franchise returned to a generally positive reception from critics.  With an even stronger focus on battlefield technology, the tactical shooter takes a somewhat different approach than what most developers have been doing as of late.

Reviews have been “generally favorable” in aggregate, commending Ubisoft for a smooth transition of the franchise yet again.  Here are a selection of reviews that we read today, and our video review of Ghost Recon Future Soldier.

Machinma – 90 – GRFS is a solid entry in the shooter genre, and one of the standout third-person shooter experiences on any console. The emphasis on intel and squads make this a must-have for anyone looking to play as a team and work together.

Joystiq – 90 – It’s one of the best military shooters I’ve played. It doesn’t push the boundaries of what we expect from that genre, but Future Soldier takes an approach that leaves little room for stagnant gameplay or retreading ground.

Destructoid – 90 – A great title… Between the impressive campaign, the myriad of co-op options and the added replayability of the mission challenges, as well as the expansive multiplayer component, it’s as solid a package as military shooters provide.

Game Trailers -83 – If you buy games for the single-player experience it’s hard to recommend Ghost Recon: Future Soldier. Once you hop online it’s a different story as the tactical, objective-driven modes manage to fill the five-year void left since the release of the superior Advanced Warfighter 2. It’s heavily reliant on teammates who are willing to play specific roles, but with a group of dedicated soldiers it’s a war that you’ll want to keep fighting.

Edge – 80 – Future Soldier exemplifies a developer honouring the ‘fun first’ ethos of its publisher’s canon, even as it stays true to the seriousness of its espionage licence. Yes, it’s lost some tactical edge, but a disciplined commitment to entertainment focuses the experience. In the overmasculine world of the thirdperson shooter, this is a game that stands out for being delicately beautiful even as it delivers brutal thrills.

VideoGamer – 70 – Occasionally ambitious but ultimately too afraid to deviate from the genre’s well-worn formulas, Ghost Recon: Future Soldier feels like it’s stuck in the past.