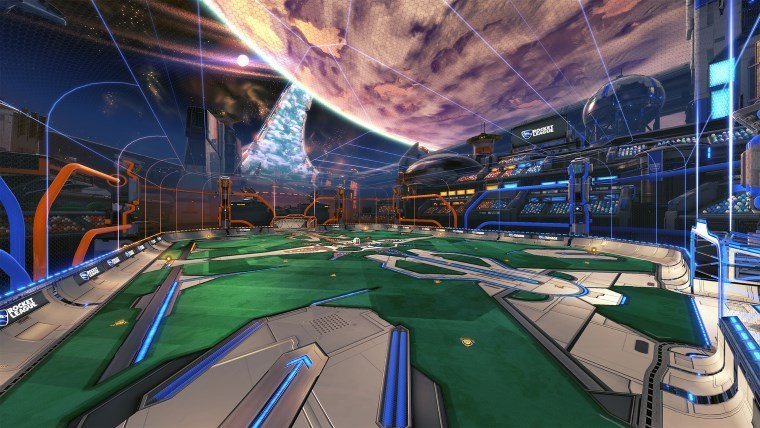 When Rocket League first debuted, all of its available arenas were “standard”, meaning they all had the same dimensions and measurements. As the game blew up and grew, the team started rolling out non-standard arenas, such as Wasteland and Starbase ARC. These differently shaped arenas changed the gameplay a lot, but they ignited some real fan backlash as they dealt with the different angles these maps offered. Psyonix just responded to the fans by announcing that the Autumn Rocket League update will remove the non-standard arenas from all regular online playlists.

“More specifically, standard versions of both Wasteland and Starbase ARC will roll out with this change, while the classic, non-standard versions of these maps (now called ‘Badlands’ and ‘ARCtagon,’ respectively), will remain available for Private Matches and offline matches only. The Octagon and Underpass Lab Arenas will return to the Rocket Labs playlist as well.”

This change will definitely make for less variety in the online matchmaking, but perhaps that’s for the best. Fans, by and large, don’t enjoy these maps and prefer the standard arena. Psyonix lays out their thought process behind this big change, calling out to a lot of the arguments fans have been making.

We see Rocket League as a digital sport. As such, we think standardization is important and necessary to provide a level playing field and foster consistent competition across all skill levels and events.

We introduced non-standard arenas partly to provide variety for pro play, but they have not been embraced. Given the success of RLCS and Rocket League Esports in general, we no longer feel that map variety is needed or appropriate for the competitive scene.

Rocket Labs showed us that only a narrow set of arena designs would be well-received by the Rocket League community. Even the designs that more closely resembled conventional Arenas (like Octagon and Starbase) have been extremely divisive. Ultimately, the alternate layouts we devised simply didn’t add enough strategically to offset the corresponding loss in predictability and muscle memory.

Moving forward it looks like Psyonix won’t dedicate much time to the development of non-standard maps. Expect to see more free maps, but they’ll almost certainly be within the usual measurements and arrangement.