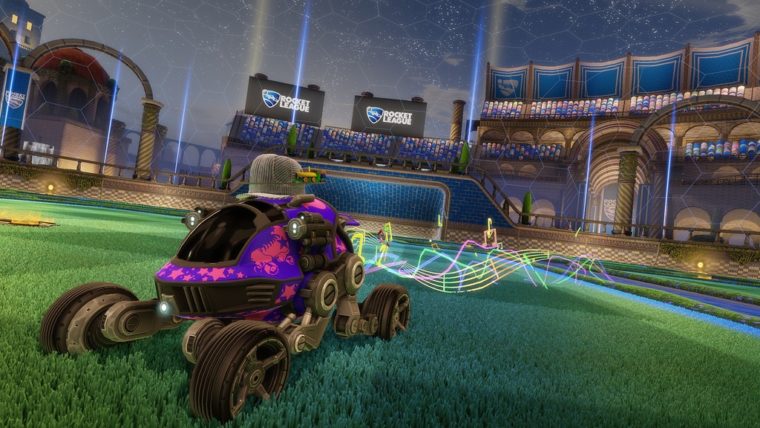 We already had a decent amount of details about the upcoming Rocket League paid DLC, Revenge of the Battle-Cars. The set is full of vehicles from the original Supersonic Acrobatic Rocket-Powered Battle-Cars, which is the little-known predecessors to the hugely popular Rocket League. It also brings the usual new paint jobs, decals, and other cosmetic differences. We knew this, along with a general October release, but now we have the final date.

Other new stuff is coming to Rocket League though, with two new map variants hitting on the same day. These will be free though, as Psyonix has pledged to keep all new maps free for all players. These two map variants will keep the “regulation size” that all the current maps have. Future maps though will begin to introduce different geometry to the mix.

Rocket League has worked so far largely thanks to its simplicity, with Psyonix actually removing items that were present in SARPBC. However, now that players are familiar with the inner-workings of the game, it is safe to start introducing these things back, such as the differently shaped maps we can expect in the near future.