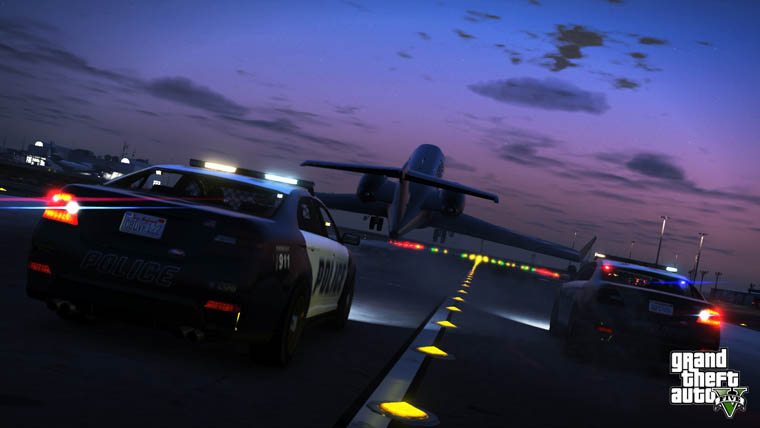 Rockstar Games is setting some ground rules for what can and what cannot be shown in fan made GTA V videos on YouTube. According to the developer, game footage will be allowed to be shown on YouTube without a copyright claim from Take Two Interactive, but there are some stipulations. Fans can only use the material for non-commercial purposes, and it cannot intentionally spoil the plot of the game for others.

We’re happy for fans to upload footage, but we do have just a few guidelines

However, Rockstar notes that Take Two reserves the right to have its copyrighted material taken down at any time. “We’re happy for fans to upload footage of their gameplay — we love seeing Machinima from our games and even share some of it with our fans on the Rockstar Newswire from time to time. We do have just a few guidelines that we ask you to follow if you are going to post or stream on video sharing sites,” the developers said in a prepared statement.

To make our position on this subject easier to understand, we have put together a list of content that, if posted, would result in a take-down notice:

Pre-Release Footage: No pre-release leaked footage of any kind: Any posting of in-game footage from leaked copies of the game prior to its official release date will be taken down, regardless of how the game was obtained. This includes “early unboxing” videos.

Spoilers: Posting video showing the ending of the game, pure cutscenes or any other big reveal in the story. It’s ok to show cutscenes as part of a larger play-through (or in a narrated ‘Let’s Play’ type video) but isolated videos of the game’s cinematics will be removed. If you are unsure if what you want to post is considered a spoiler, please contact [email protected] and describe exactly what scene you are wondering about and in what context the scene would appear.

In-game Entertainment: Things like the TV shows and comedy performances in Grand Theft Auto IV, or the silent movies in Red Dead Redemption. We prefer fans to experience these in the context of the game’s world, so any posting of these in isolation will be flagged for removal.

Lastly, we do reserve the right to remove content we find objectionable on a case by case basis & to change our policy from time to time but we do promise that if there is anything we do change we will make sure to let you know.