Rumor – The Walking Dead: The Final Season Might See the Return of a “400 Days” Character

Some fans think we've seen this new character before. 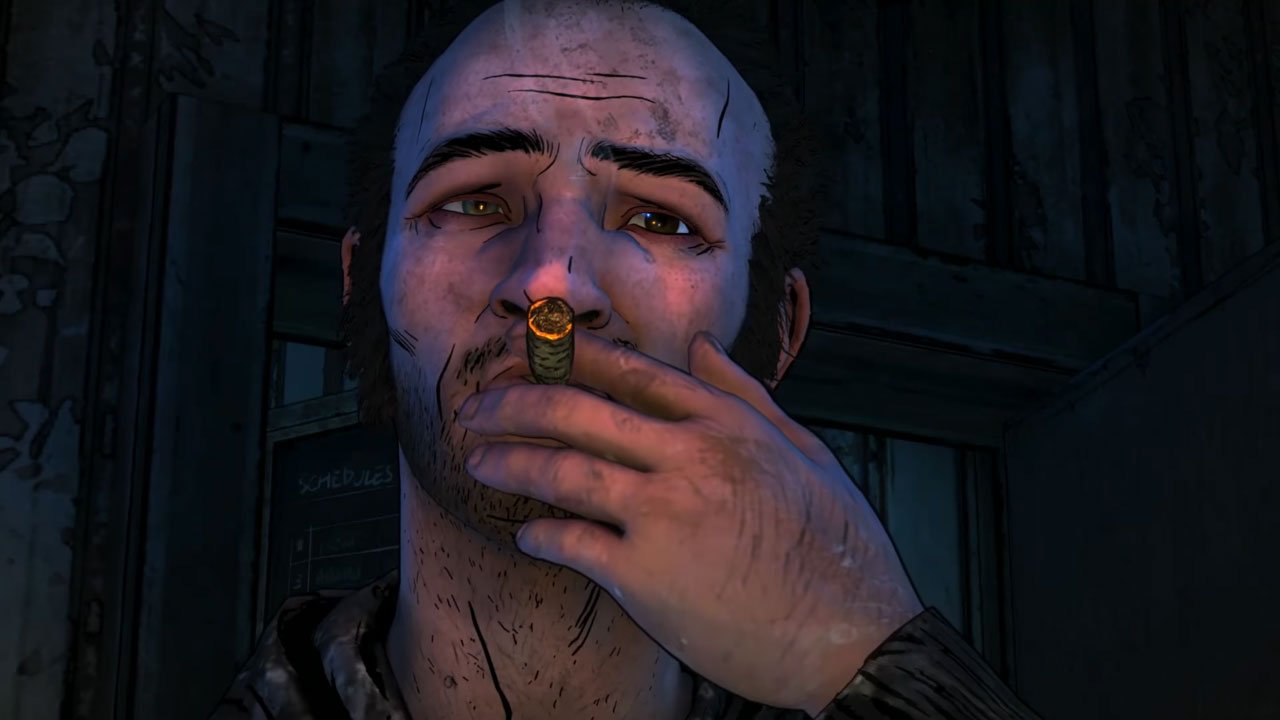 Today (July 18), Telltale unveiled a new teaser trailer for the upcoming The Walking Dead: The Final Season. This short teaser is filled with information we already know; Clementine is taking care of AJ, they come across other survivor kids at a post-apocalypse boarding school, etc. There was one image in particular, however, that has gotten the fanbase talking.

At about 35 seconds into the video, there is a close-up of a man smoking a cigar. This character is notable as the first adult character we’ve seen so far in the game, with the rest of the announced cast comprised of children and teenagers. But this quick shot of an adult may be more than just the brief introduction of a new character. Fans on both Reddit and Telltale’s own Community page have pointed out the visual similarities between this unnamed character and a previous The Walking Dead character, Nate. Nate was a somewhat nihilistic survivor who first appeared in the first season’s “400 Days” DLC and hasn’t made an appearance in the series since. Nate and this potentially new adult character don’t look exactly the same, but it’s worth keeping in mind that many character models, as well as graphics and engines in general, have changed between the first season and The Final Season, and that several years in the world of the game have passed since Nate’s last appearance.

It has also been pointed out that while (SPOILERS) Clem and Kenny meeting up in Season Two and Javier and David meeting up in A New Frontier were kind of far-fetched plot devices, given how unlikely those scenarios would be in a world such as The Walking Dead‘s, Clem meeting up with Nate wouldn’t seem far-fetched since the two have never met before, making their potential meeting less contrived than the possibilities of Clem meeting up with other previous characters who she has interacted with, such as Christa or Lilly. Telltale has yet to confirm the reappearances of any previous characters from the series (with the obvious exceptions of Clem and AJ), but they’ve also been sure to not publicly rule out the possibility either. However, at the moment this rumor is purely fan speculation, so fans of Nate might not want to get their hopes up until an official announcement is made one way or the other.

The Walking Dead: The Final Season‘s first episode is set to release on August 14 for Xbox One, PlayStation 4 and PC. The game will also come to the Nintendo Switch later this year. You can watch the new teaser below.

Home / Game News / Rumor – The Walking Dead: The Final Season Might See the Return of a “400 Days” Character