The latest news in the world of video games at Attack of the Fanboy
September 6th, 2016 by Anthony Decicco 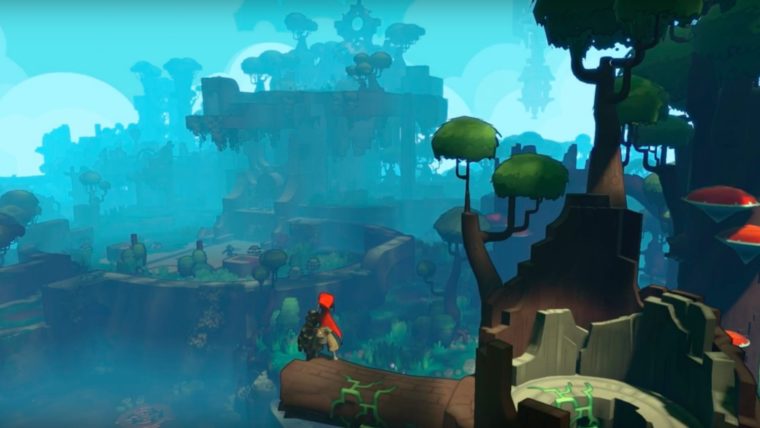 Runic Games, known for creating the Torchlight series has decided to stray away from their previous formula for their third title, HOB. An interesting open-world adventure game that will have the player exploring the environment around them, solving puzzles and saving the vibrant life that inhabits it.

HOB will have an unraveling story that will not have dialogue or text, instead players will discover it through gameplay. As you solve puzzles, restore the planet and defeat enemies the surroundings will change around you. Your character’s mechanical glove arm will allow them to warp, grapple and punch their way through the world as well as during combat. Environments are varied as players will be able to traverse ruins, and forests as they battle creatures that threaten the wildlife in HOB.

The video below shows off some new footage and just how cinematic the game can be. The combat seems to be very precise compared to Torchlight which is a very good thing. Also, there is no denying how great the art style looks in the game. Check it out.

HOB is set to release on PlayStation 4 and Steam for PC. There is currently no release date. Check out our hands-on from PAX East earlier this year.