RVD Will Be Kicking His Way To WWE 2K15 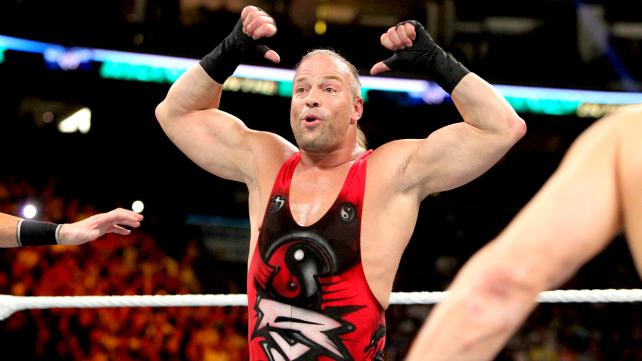 Everyone has been buzzing about the new additions to WWE 2K15 lately. We can now add RVD to the mix as he confirmed his own inclusion to the game.

RVD (Rob Van Dam) replied with a simple “yep” when a fan asked him on Twitter if he will be in WWE 2K15. RVD has a part-time contract with the WWE and comes and goes for every three months or so. He came too late last year to be added in WWE 2K14 sadly. Many people had to resort to creating him instead. Created wrestlers look cool, but official character models usually look the best. We won’t have to worry about creating RVD in WWE 2K15.

RVD wasn’t wrestling in WWE for a few years. He needed to take time off and wrestled in TNA for a while. He was happy there for a short while, but didn’t feel like they were using his talents properly. This prompted him to return to WWE, and now he will be a part of the new WWE 2K15 game.

WWE 2K15 promises to have the best graphics we have ever seen from a wrestling game before. The PS4 and Xbox One versions could look as great as the NBA 2K series.