The developers note the remaster allows players to recruit all protagonists and fight all bosses in a single playthrough, and carry over progress.

The development team working on the upcoming Square Enix RPG SaGa Frontier Remastered has revealed some of the ways the addition of a new character, Fuse, will change the game beyond simply adding a new storyline for the game’s eight protagonist.  SaGa series fans can expect the option to battle all character bosses in a single playthrough, for Fuse to become involved in other characters’ storylines, and the game now allows all protagonists to be recruited into a single party, among other enhancements.

SaGa Frontier, first released in North America in 1998 for the original PlayStation, was developed by Square prior to the company’s merger with Enix.  The game featured seven protagonist characters, and it allowed players to play through their stories in any order they wished.  Characters would cross paths with the other heroes not selected as the main character, and could recruit some of them, but the option to have all protagonists in a single party is a new one, as some were previously gated off from recruitment in other player characters’ stories.

Similarly, each character had their own final boss which would end their story, making the option to battle all bosses within a single playthrough a new one as well.  These new features are noted as being tied with the Fuse scenario and will require completion of one or more other characters’ stories as well.  The developers also noted that the final subsequent boss will become more powerful depending on the number of protagonist story bosses defeated before challenging it. 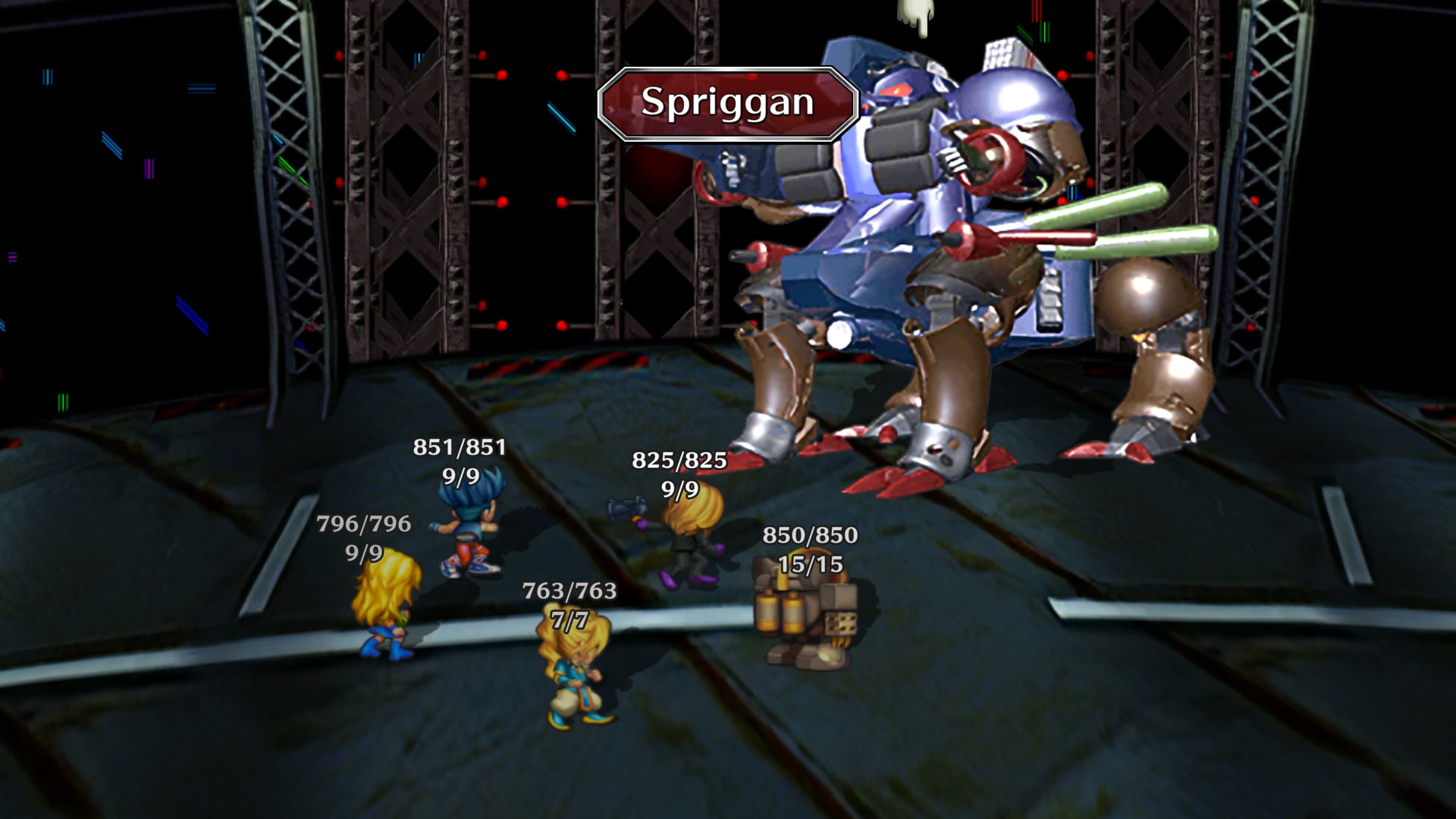 To aid in meeting these new challenges, the developers also noted that players can expect to “carry over their status” after completion, suggesting an approach similar to a “new game plus” where character advancements made in one protagonist’s storyline will impact character abilities when playing the next story.  As in the original SaGa Frontier, completing all character stories will unlock a “bonus story,” which the developers also note as having been expanded from the original.

The system of multiple selectable starting characters undertaking a quest that interacts with the stories of the alternate main characters was revisited two decades later in Square Enix’s 2018 Nintendo Switch release, Octopath Traveler, subsequently ported to PC in 2019.  While not officially a part of the SaGa series, many considered Octopath Traveler to be a spiritual successor of sorts.

The SaGa series began with a trilogy of Game Boy titles, which were released in North America as the Final Fantasy Legend games, recently ported to the Nintendo Switch in December 2020 as Collection of Saga Final Fantasy Legend.  The follow up trilogy, the Romancing SaGa games, were released in Japan for the Super Famicom, but did not make their way west to the Super Nintendo.  Romancing Saga’s PlayStation 2 remake, Romancing SaGa: Minstrel Song, did receive a USA release in 2005, and Romancing SaGa 2 and 3 have more recently been released for multiple platforms, for English speakers.  The most recent original title in the SaGa series, SaGa: Scarlet Grace, had a worldwide release in December 2019.

The SaGa series is known for being more non-linear than typical Japanese RPG titles, and for its system where individual stats increase through use rather than a system of leveling up by gaining experience.  New weapon abilities and spells are often similarly gained during battles through “flashes of inspiration,” rather than gained through level progression, or spending points to purchase them selectively.

SaGa Frontier Remastered is scheduled to release on April 15, 2021, for the PlayStation 4, Nintendo Switch, PC, and iOS and Android devices.