Sea of Thieves Doesn’t Require a Mic, but it is the Best Way to Play 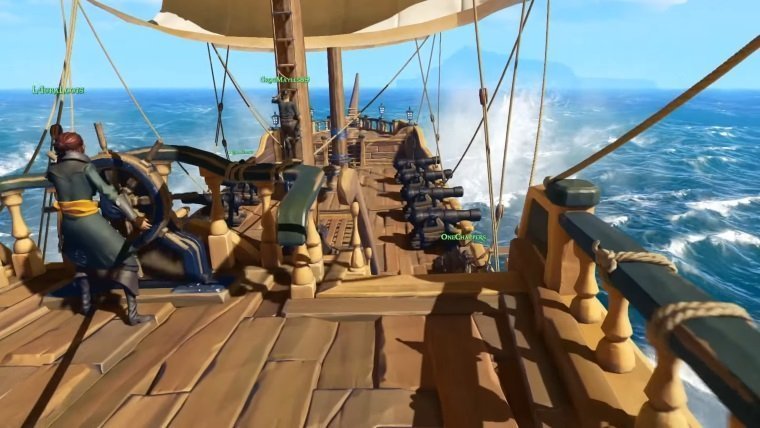 Sea of Thieves is a multiplayer experience through and through. The game puts players together and requires them to communicate to effectively achieve the goals of treasure hunting pirates. While online multiplayer has thrived thanks to microphones and verbal communication, many players prefer a quieter experience, and Rare has listened to their concerns. Sea of Thieves will feature a robust non-verbal communications system, as detailed in the behind-the-scenes video below. But keep in mind, Rare still recommends a mic, even if one isn’t required.

“Non-verbal comms is something that we’ve always wanted to get around to, but it’s never been our current focus,” says Sea of Thieves Senior Designer Andrew Preston. “But then there’s been a lot of dialogue on the forums where our players have asked for it, so we bumped that up our priorities. Sea of Thieves is best played with voice comms, but we always wanted players to be able to experience the game and enjoy the game without having to use them.”

The system works via a wheel of communications options. Players just pop up the menu, then select what they want to tell the other players around them, and their character will convey the info. Things like “over here”, “that way”, “starboard”, or many others will be available. The words then appear on other player’s screens in the text box. The menu is contextual, so the options given on land will be different than on the ship, and those will be different if you are steering.

It’s a nice touch, and should help the mic-less gamers out there, or the ones who turn off voice communication for one reason or the other (gamers can be annoying). Of course, this presents the designers with a number of challenges. The biggest is making sure that the necessary phrases are included, but also that they are translated. The team is aware and working on all of this though, so it should be all set for when Sea of Thieves hits Xbox One and PC in 2018.

Sea of Thieves Behind the Scenes: Non-Verbal Communications

Sea of Thieves Xbox Xbox One
We're Looking For Contributors

Home / Game News / Sea of Thieves Doesn’t Require a Mic, but it is the Best Way to Play