Secret of Mana Remake Announced for PS4, PSVita and PC

The latest news in the world of video games at Attack of the Fanboy
August 25th, 2017 by Jose Belmonte 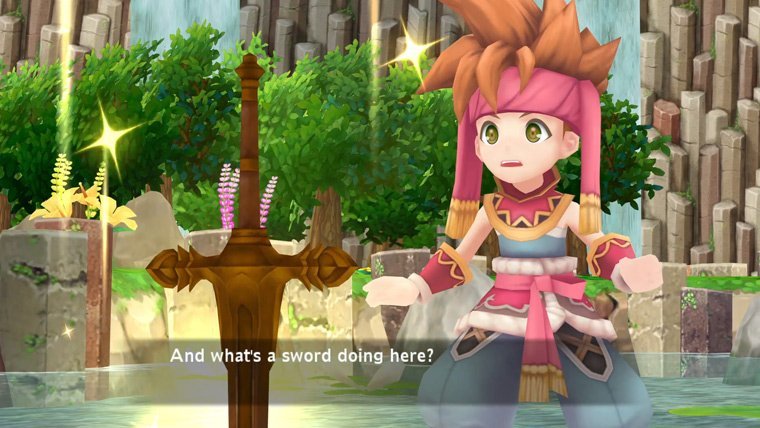 Square Enix has confirmed the rumors that appeared online hours earlier about a 3D remake of the classic RPG Secret of Mana. The game is launching worldwide for PS4, PSVita, and PC via Steam in February 2018, although physical editions have only been confirmed for Japan so far. In North America and Europe, preordering the game on PlayStation Store or Steam will provide access to extra content including special Moogle and Tiger outfits for the three main heroes, plus avatars and wallpapers.

Originally lanched in 1993 for NES, Secret of Mana is the sequel to Seiken Densetsu, which has been released recently under the name of Adventures of Mana. The new game features three main characters: Randi, Primm, and Popoi, who travel the world seeking to restore the power of the Sword of Mana and fight the sinister sorcerer who is manipulating the Emperor.

The game features real-time combats, and in its original version it offered local multiplayer for up to three players, something that so far has not been confirmed for this remake. The remake will feature updated 3D graphics, voice over, gameplay improvements, and a rearranged score.

Secret of Mana launches worldwide digitally on February 15 for PS4, PSVita, and PC via Steam. A physical version has only been confirmed for Japan so far, which is also getting a collector’s edition featuring a pop-up book, a CD with a selection of the rearranged soundtrack, and figurines of the three main heroes.

Watch the English trailer below.