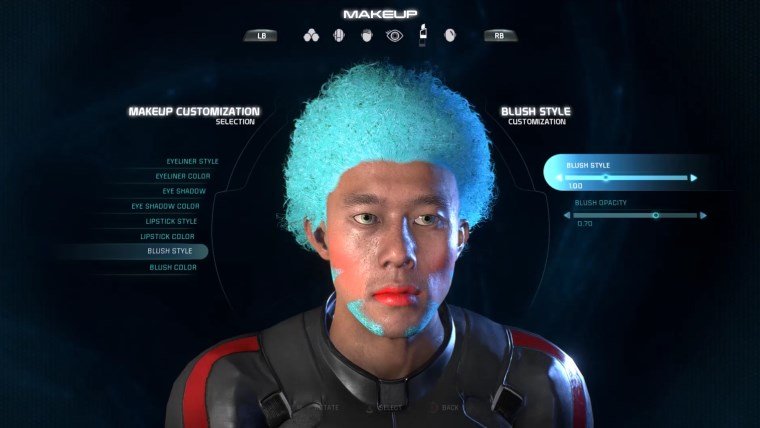 There are two types of Mass Effect players, or RPG players in general. There’s the ones that use default or easy to create characters, and the ones that spend hours crafting the exact look that they want. I’m the former, but I understand that there are tons of the latter. With this in mind I’ve put together a quick look at the very intenst character customization options featured in Mass Effect: Andromeda.

I tried to avoid spoiling anything about the experience here, so I’ve only went through a few of the options. Also, I play as a male character, so that’s the one that I chose to customize before flipping the switch back to my lovely default Scott Ryder. If you all want to check out the female customization just shout out in the comments and I’ll get a video up asap.

The Mass Effect: Andromeda character customization is extremely intensive, allowing for some very thorough alterations to the default looks. I won’t say you can make any character that you want, but you can get pretty close within the bounds of standard human facial anatomy. You also have a lot of color choices for hair, tattoos, and eyes. The eyes are even two-toned, allowing for some real fine tuning, if that’s what you like.

Hair is probably the biggest change you can make, with a few very distinctive styles to choose from. The shorter looks, I’ve found, don’t necessarily look the best until you get down to the near clean shaven look. That afro though will certainly become a favorite amongst fans.

Check out the video below to see the Mass Effect: Andromeda character customization in action and click here for our impressions of the single player campaign so far.