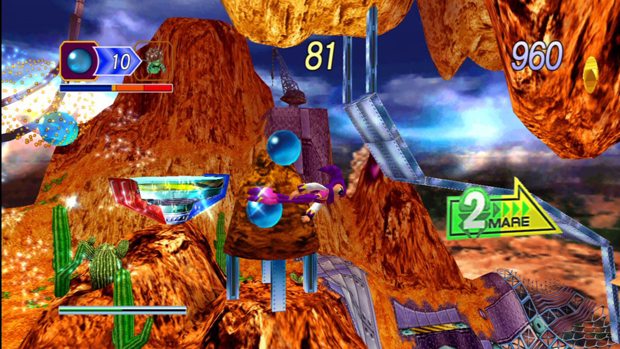 This fall Sega will release an HD remake of NiGHTS for the Xbox Live Arcade, PlayStation Network, and Steam.

“The SEGA Saturn offered many unique gaming experiences, and NiGHTS into dreams… stands out as one of the most recognizable titles that found a home on the system,” said Chris Olson, Vice President of Digital Business at SEGA. “We’ve gotten a lot of requests about this game over the years, and are very happy to be able to give both former Saturn owners and new players a chance to play it in its most beautiful form to date this fall.”

Initially released for SEGA Saturn 16 years ago today, on July 5, 1996, NiGHTS into dreams… is one of the best-regarded games in SEGA history and a favorite of many fans thanks to its innovative 3D gameplay and multi-faceted level design. This new version will bring Nightopia to vivid life with improved HD graphics and a 16:9 aspect ratio, as well as added support for leaderboards, trophies, and achievements. It will also feature an optional Saturn Mode that will let players experience the game with the original graphics intact.