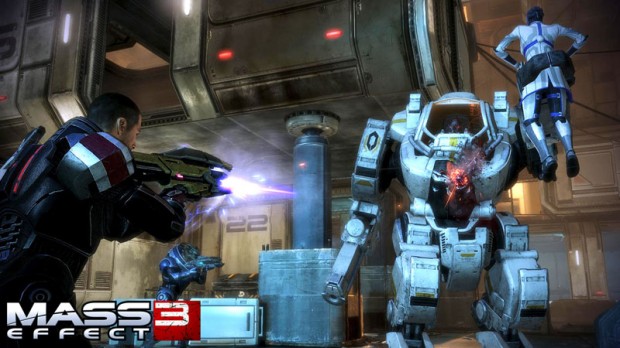 Shepard, Liara, and Garrus have their hands full in the latest batch of screenshots for Mass Effect 3.  Released in conjunction with EA’s Gamescom 2011 press conference, these latest images show off one of the mech bosses that Shepard and his squadmates will be tasked with taking down.  It’s not all mechs in the screens and video as you can see below.  You want husks?  We got ’em.  Stasis?  We got that too.  Cerberus troopers?  Again, we’ve got you covered.  It’s a cornucopia of Mass Effect 3 goodness below.

What we didn’t hear is any word on the rumored multiplayer functionality for Mass Effect 3, but these screens and video should pave the way to you forgetting all about that. Mass Effect 3 is scheduled for a March 2012 release on Xbox 360, PS3, and PC.