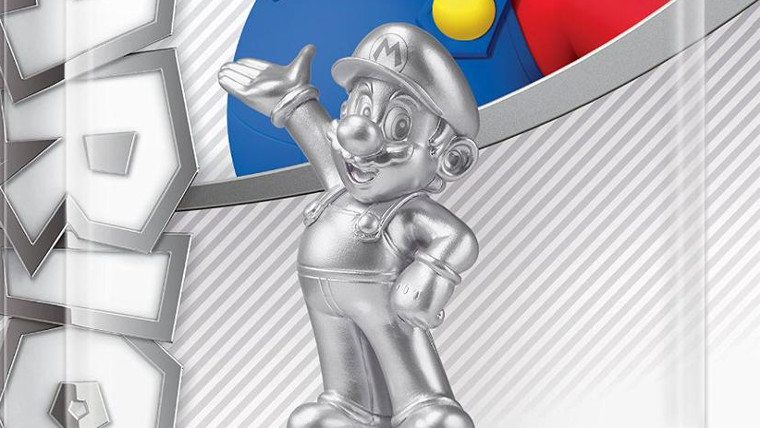 After random product shots and in-store inventory entries were uncovered we all sort of knew that the Silver Mario Amiibo was coming at some point. That time has now come as Nintendo has made the special edition figure official by announcing that it will arrive at all major retailers alongside other Wave 4 Amiibo on May 29th. This is a bit of a change from how Nintendo handled the Gold Mario Amiibo, which was infamously made a Wal-Mart exclusive figure. While Wal-Mart handled the release well, it is always easier on fans and collectors if the figure can be purchased through multiple retail outlets.

The official announcement came earlier today, but the figure had actually already went on sale via Amazon Canada last night. Some time around 8pm Eastern Time the Silver Mario Amiibo appeared on Amazon Canda for the same price as other Amiibo. It, of course, quickly sold out, despite the fact that Amazon Canada will only ship domestically.

Now that the figure is officially announced as coming to all retailers it should start popping up for pre-order. With just over two weeks until it hits store shelves things could get pretty crazy, or this could be a sign that Nintendo has prepared a decent amount of stock where fans won’t have to fight over the few that become available.

The Silver Mario Amiibo arrives on May 29th and will function in the same way as all three other current Mario Amiibo figures.