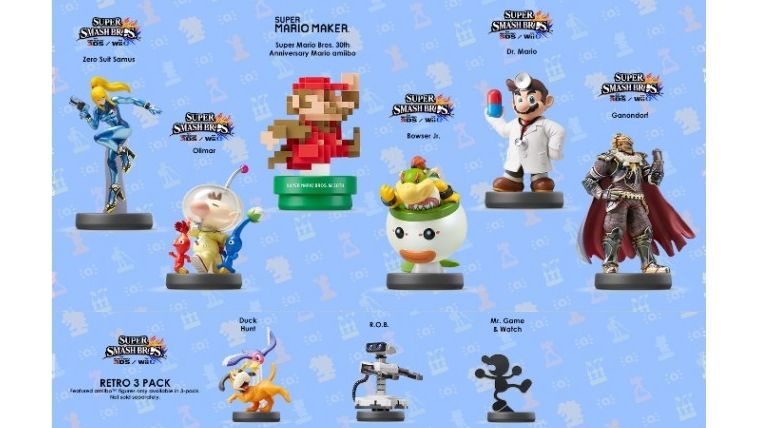 Back in April, Nintendo announced that the next round of amiibo would be coming across July and September. Later around E3 it was revealed that even more would be coming in September, and now all of the September amiibo have been officially dated.

As expected, a large number of the amiibo will be coming on September 11 alongside the release of Mario Maker. One of these will be the Classic Colors 30th Anniversary Mario, along with five Super Smash Bros. amiibo.

Those Smash amiibo will be Ganondorf, Zero Suit Samus, Olimar, Dr. Mario, and Bowser Jr. It is now known which of these will be exclusive to retailers, though it is speculated that the latter two may be just that, based on the appearance of or lack of appearance of them in retailer’s systems.

Two weeks later, we will be getting the release of the previously leaked retro 3-pack of Duck Hunt, Game & Watch, and ROB on September 25. While not officially announced by GameStop, it is all but a foregone conclusion that they will be having a pre-order event this Saturday, so hopefully more on that comes in the next few days.

Lastly, Nintendo also revealed in the press release that the previously scheduled for September Mii Fighters have been pushed back to November and will in fact be sold as a 3-pack.