Skate 3 Hits EA Access Vault Today, Could Skate 4 Reveal be Around the Corner? 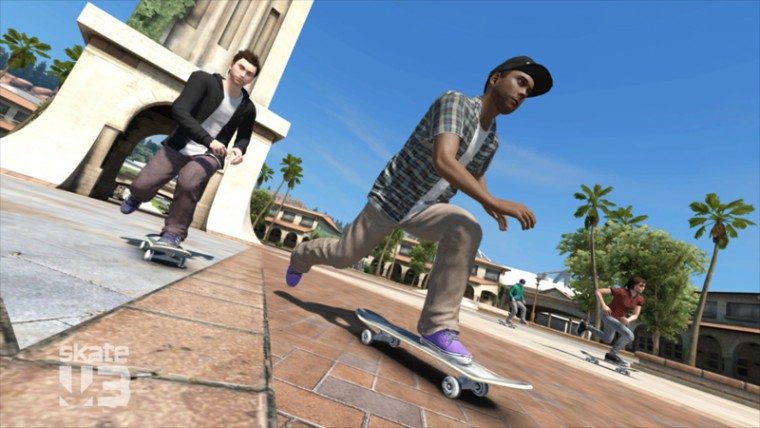 In a surprise move that wasn’t fully announced ahead of time, Skate 3 has hit the EA Access Vault on Xbox One, making the game free to download and play for anyone with the subscription service. EA had previously said the game was coming, but gave no official release date, with the game showing up this morning with little fanfare. There’s been a lot of rumors and chatter about Skate 3 and its potential sequel Skate 4 as of late, and this release should only bolster fans’ expectations about an upcoming reveal.

Of course, just two weeks ago EA tried to put a stop to the Skate 4 reveal rumors, announcing during an earnings call that they were not currently working on the game. This was surprising given the random tweet of “#Skate4” that was issued from EA’s Community Manager, which set fans ablaze with excitement and anticipation.

While the statement on the earnings call should temper those expectations, this release is pretty good evidence that EA is looking at the franchise in a new light, possibly trying to figure out how popular a sequel might be. This is just speculation though, so take it with a grain of salt.

What we do know is that anyone with an EA Access membership on Xbox One can go ahead and download Skate 3 completely free. You’ll be able to play the game as much as you want, as long as you maintain an active membership, which costs just $4.99 a month, or $29.99 a year.

There is a PC version of EA Access called Origin Access, but since Skate 3 was a console exclusive title, the game will almost certainly not make its way there. To get the game on Xbox One you’ll have to open up the EA Access hub app and get it there. This was a bit of a surprise release, so only some users can see it right now, but keep checking back and it should show up soon. This is the Xbox 360 version of the game that will play via Xbox One Backwards Compatibility.