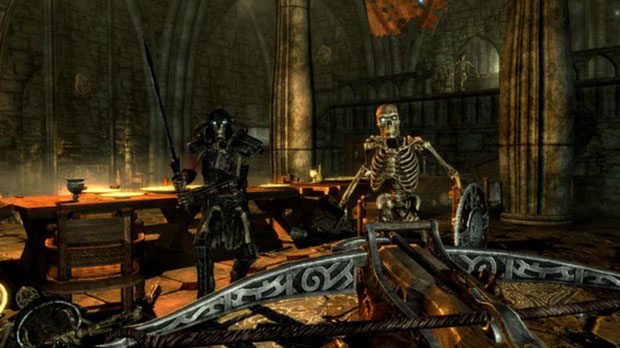 Bethesda has announced the release of The Elder Scrolls V: Skyrim Dawnguard Expansion pack on Steam.  No heads up.  The content is available now on the steam storefront.  Dawnguard will run you $19.99 as a DLC add-on, if you haven’t picked up your copy of The Elder Scrolls V, you can scoop a copy on steam for only $29.99 in a QuakeCon Weekend Deal.

Dawnguard is the first official game add-on for The Elder Scrolls V: Skyrim – the 2011 Game of the Year. The Vampire Lord Harkon has returned to power. By using the Elder Scrolls, he seeks to do the unthinkable – to end the sun itself. Will you join the ancient order of the Dawnguard and stop him? Or will you become a Vampire Lord yourself? Featuring an all new faction questline and locations, the ultimate choice will be yours.

PS3 fans will still have to wait a bit for the content to arrive.