The latest news in the world of video games at Attack of the Fanboy
April 24th, 2015 by Emily Speight 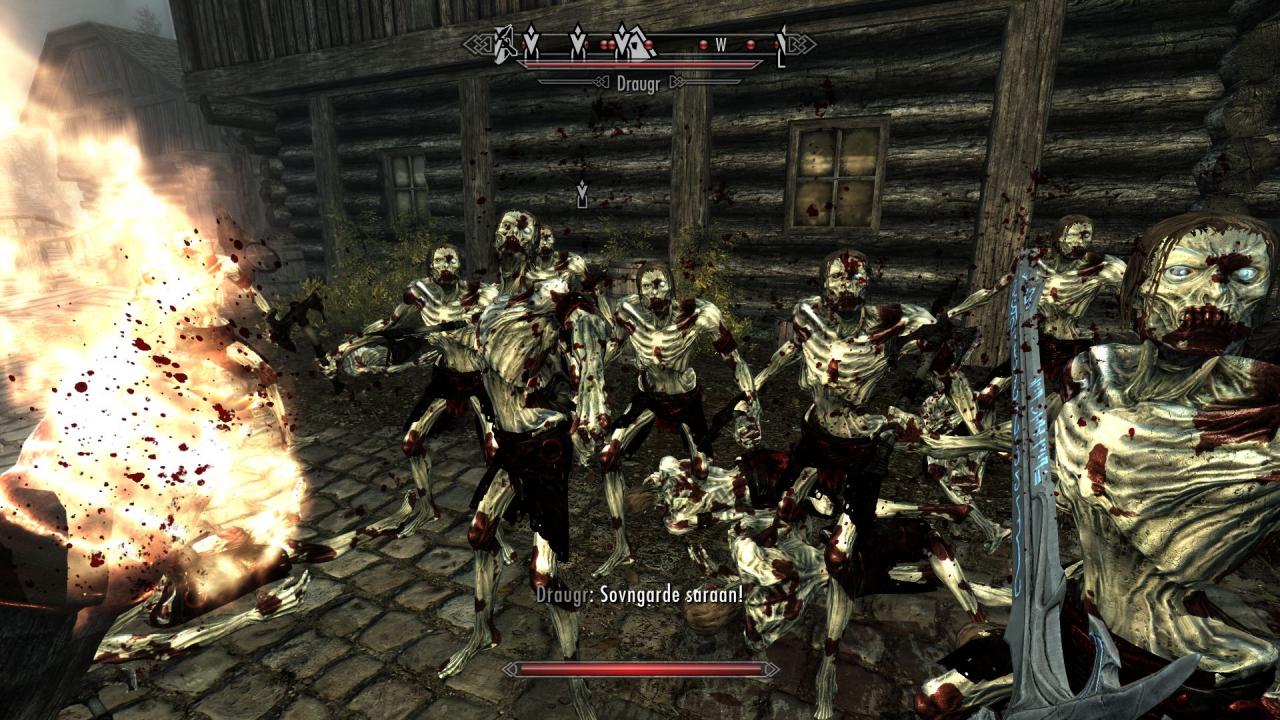 Earlier today on Reddit Chesko, author of well-known mods such as Frostfall and most relevantly Art of the Catch, released a statement regarding his part in Steam’s curated Workshop. He spoke of the difficulties of getting his content removed and clarified the situation between him and fellow modder Fores, whose Fores New Idles in Skyrim mod is the backbone of many other mods.

Chesko went on to accuse the owner of Skyrim Nexus, Robin (Dark0ne), of failing to disclose that his website was profiting from the situation (emphasis his).

“I am also considering removing my content from the Nexus. Why? The problem is that Robin et al, for perfectly good political reasons, have positioned themselves as essentially the champions of free mods and that they would never implement a for-pay system. However, The Nexus is a listed Service Provider on the curated Workshop, and they are profiting from Workshop sales. They are saying one thing, while simultaneously taking their cut. I’m not sure I’m comfortable supporting that any longer. I may just host my mods on my own site for anyone who is interested.”

A look through the Skyrim Workshop page on Steam confirms the possibility of such an accusation being true.

“Workshop authors can select from a pre-approved list of organizations, users, and toolmakers to receive a percentage of Valve’s revenue from sale of their items. The specific organizations and individuals are listed below.”

Providers on the list include Nexus Mods, AFK Mods and Polycount, while BlenderFoundation and the Mod Configuartion Menu’s creators can also receive a similar share. The possibility of this being true alone was not enough, so we dug a little further. Buried in Chesko’s thread firstly was a direct response from Dark0ne.

“Hmmm, the reason we’re positioned there is because (1) I don’t want to charge for mods and (2) even if I wanted to, I can’t. Valve approached me about being a service provider, where I could take up to 5% of their cut of things and it was seen as the Premier League paying a very, very tiny amount towards grass roots football. Which is handy, because it’ll end up paying about 10% of the cost of upgrading and running the forum server in light of the increased traffic we have right now, which adds nothing to the upkeep of the Nexus sites. Every little helps, right?

It was offered as a gesture of thanks, directly from Valve, to Nexus and several other tools and sites in the community for the continued work done within the community, and is accepted as such, with the stipulation that it wouldn’t stop me from forming my own opinion and sharing said opinions openly and publicly. And I said up to 5%, so if a mod author selects 5 service providers, each service provider gets 1% of Valve’s cut. I knew this was coming since they messaged me a few weeks ago, but I had no idea when. I was under no NDA, though, and a few mod authors approached by Valve have said the same. Wasn’t for me to get involved, I’d already made my news post pre-empting everything.”

This casts a new light firstly on the seemingly prescient post that appeared on the Skyrim Nexus blog, and secondly paints Dark0ne himself as pragmatic at best and hypocritical at worst. Further confirmation of this fact comes from a Skyrim Nexus forum screenshot that was posted to 4chan’s /v/. 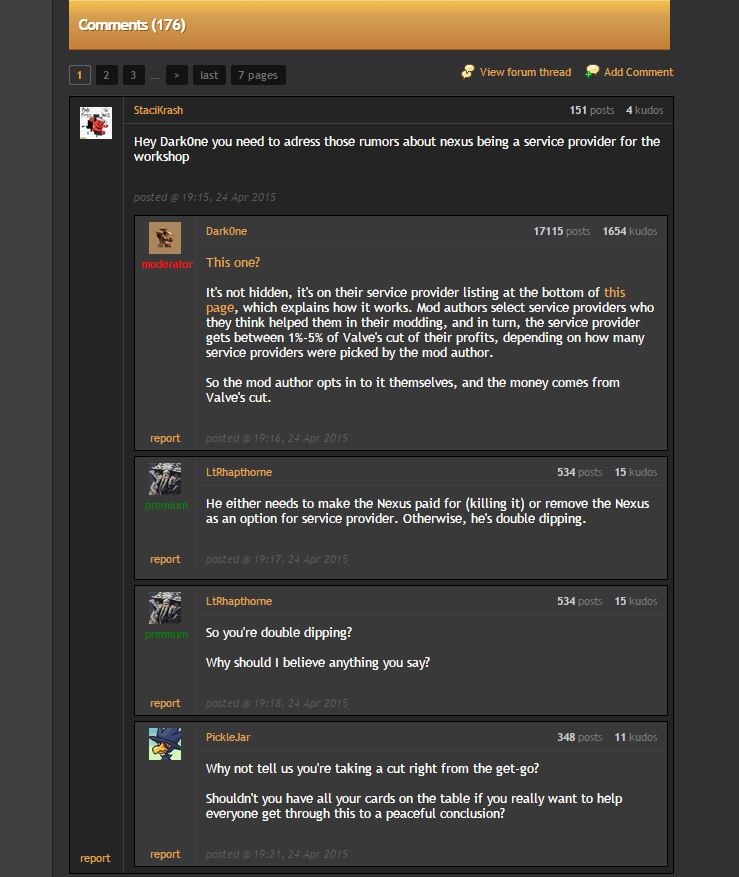 With yet another controversial turn to this ongoing issue, one has to wonder how Valve will respond. Chesko has since deleted both his Reddit and his Twitter accounts, in a likely move to stem the flow of incoming anonymous hate and death threats that situations like this tend to attract. How will other well-known Skyrim Nexus modders react to this news?