The latest news in the world of video games at Attack of the Fanboy
March 14th, 2018 by Kyle Hanson 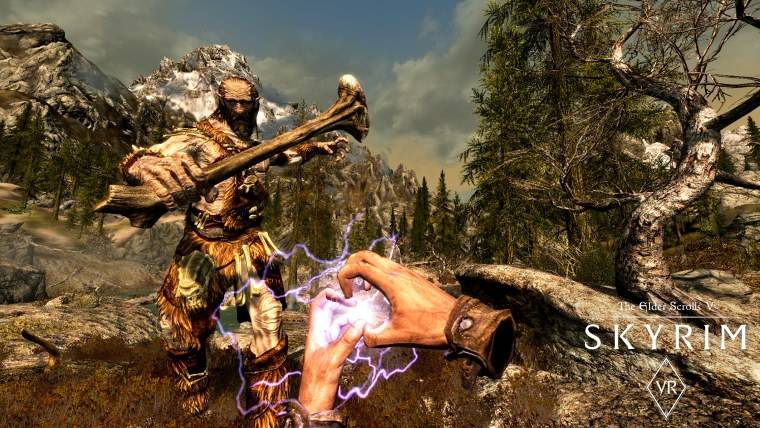 The VR market has had some pretty high profile releases over the last few months, but few were as big as Skyrim VR. Bethesda’s first big foray into the VR gaming space was a huge hit, but it was exclusive to PlayStation VR at launch. Now, that exclusivity is ending with the company announcing that Skyrim VR will hit PC on April 3rd, making it playable on HTC Vive and Oculus Rift.

The Steam page is already up for Skyrim VR so enthusiasts who own an Oculus or Vive can go ahead and get their preorder in. It’s a safe bet that the game will be good, but you can check out our PSVR review if you have any doubts. This isn’t Bethesda’s first jump into PC VR gaming, as Fallout 4 VR is already available on the platform. It had some rough spots upon launch, but Bethesda put out a few updates that have really fine tuned the performance and gameplay.

VR gaming is still sort of working itself out at the moment, with most games delivering an arcade style experience. This typically takes the form of short games that focus on action and often rely on waves of enemies that the player deals with. Bethesda has taken a different approach, taking their massive open-world titles and porting them to the platform instead.

This can be jarring, and there are certainly areas where it can improve, but so far fans are loving being able to explore the massive worlds in the immersive gaming system.