He's either going to be really annoying or really helpful. 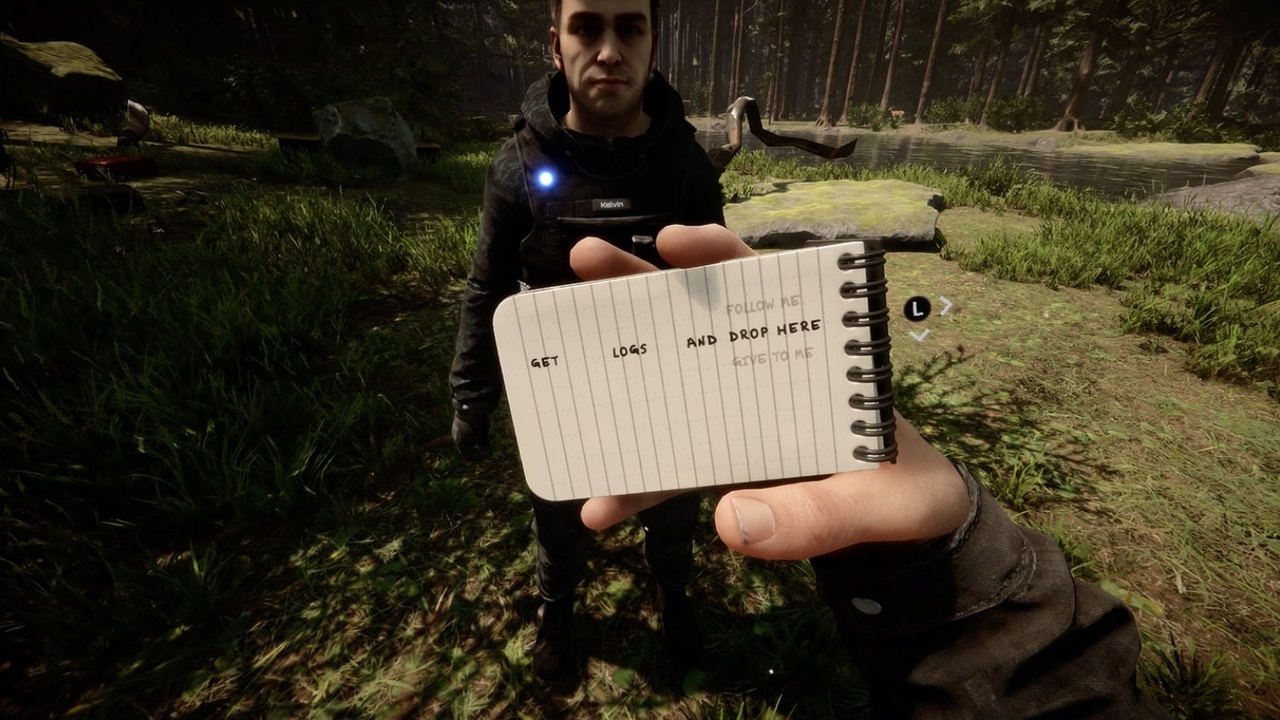 Based on a new hands-on preview from IGN, Sons of the Forest has an AI companion named Kalvin who has the potential to change the game, and the survival genre, in a big way. Though he sort of looks like those popular AI memes found throughout the internet, Kalvin is more than just an annoying ally who follows you around.

Kalvin is a companion you get at the beginning of Sons of the Forest. What makes him special is that you can use a notepad to request Kalvin to work for you. Every survival game requires you to farm resources like wood and stone. With Kalvin, the grind for basic necessities is made easier regardless of what platform you’re playing on.

Whether you are playing alone or with up to eight friends, Kalvin will always be available for you to use. Although you’ll likely need to work with Kalvin at the beginning of the game to create a stockpile of the basic materials you’ll need, once you’ve created your base and are on to bigger and better things, Kalvin can keep your inventory stocked with what you need.

The biggest thing that plagues survival games is the necessity to constantly head out into the big, scary world and collect berries, blades of grass, and other arbitrary materials. The developers behind Sons of the Forest have created Kalvin to help ease the initial grind of survival games and, if done successfully, could go on to inform how other survival games work.

We love the idea of Kalvin and hope that his being in the game creates a lot of pros and not many cons. Until the game is out, we won’t know exactly how Kalvin works. We wonder if he can die permanently, if you can upgrade him in any way, or if he helps in combat. For now, all we can do is look forward to Sons of the Forest which is one of our most anticipated horror games of 2023.