The latest news in the world of video games at Attack of the Fanboy
July 8th, 2017 by Jose Belmonte 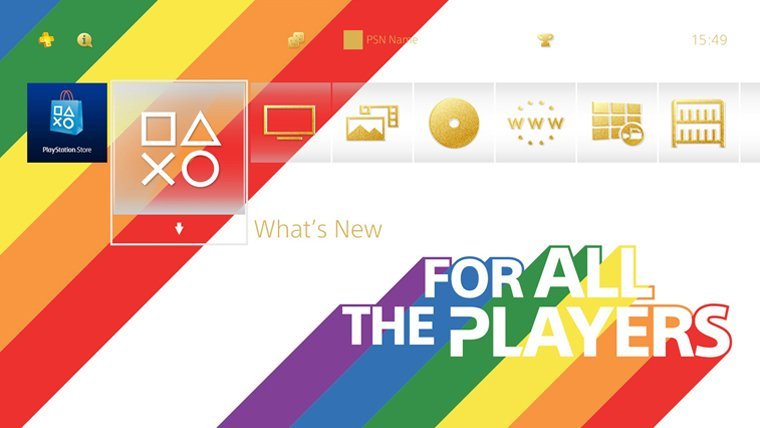 Sony Interactive Europe has released a Pride theme for PS4 available for free to all users. The theme features the classic rainbow design that represents the support for the LGBT community, along with the PlayStation symbols and the tagline “For ALL the Players” that the brand has been promoting during the Pride festivities in the past weeks.

The launch happens the same day of the Pride Parade in London, in which PlayStation is an official sponsor. The PlayStation UK Twitter account has been teasing their appearance in the parade for the last few days, showing a sneak peak of their float and announcing the appearance of members of Media Molecule and other studios through an adorable sackboy drawing. The PlayStation Access team is also in the British capital for the festivities, with cosplay fan Hollie Bennet wearing a great costume inspired by Aloy, the protagonist of Horizon: Zero Dawn.

The Pride celebrations have been taking place in London since June 24th, and will last until tomorrow July 9th. The Pride 2017 Theme for PS4 is available now for free on the PlayStation Store.