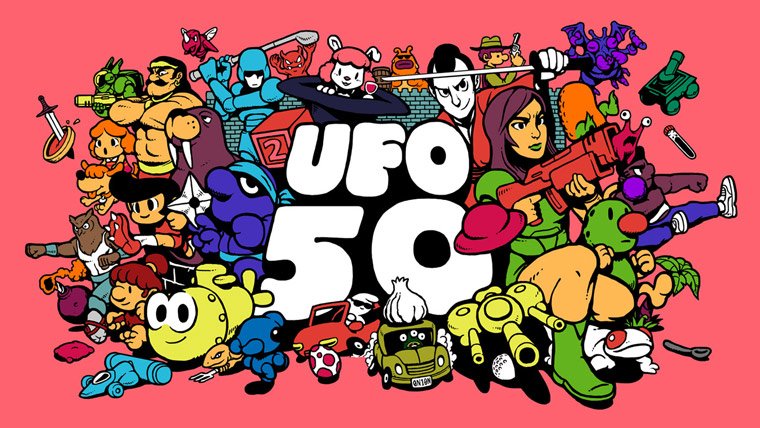 Mossmouth, the company behind the acclaimed indie game Spelunky, has announced today a very particular project called UFO 50, launching on 2018 for PC first, followed by other platforms later. The title is actually a compilation of 50 different new games sharing the same 8-bit aesthetic. Obviously the extremely high number of games allow for a wide variety of genres and gameplay styles, with about a third of the selection featuring cooperative or competitive multiplayer.

The 50 titles have been developed by the creators of great independent games such as Spelunky Downwell, Time Barons, Skorpulac, and Madhouse. The development team is formed by Derek Yu, Eirik Suhrke, Jon Perry, Paul Hubans, and Ojiro Fumoto.

The games will offer a lenght slightly shorter than the standard for 8-bit games in the 80s, but the team wants people to be sure they will be fully-realized games and not minigames. In fact, completing the whole collection is supposed to take more than 100 hours.

The compilation has its own story, which presents the collection as the supposed work of a fictional company who produced some obscure and great games in the 80s. The team has adapted and coordinated the color palette and other restrictions to make them feel more authentic.

UFO 50 will be released on PC in 2018. Other platforms will follow later. Check out the official website for more information, and watch the trailer below.