Super Mario Maker Is Getting Much Easier To Navigate Portal Site 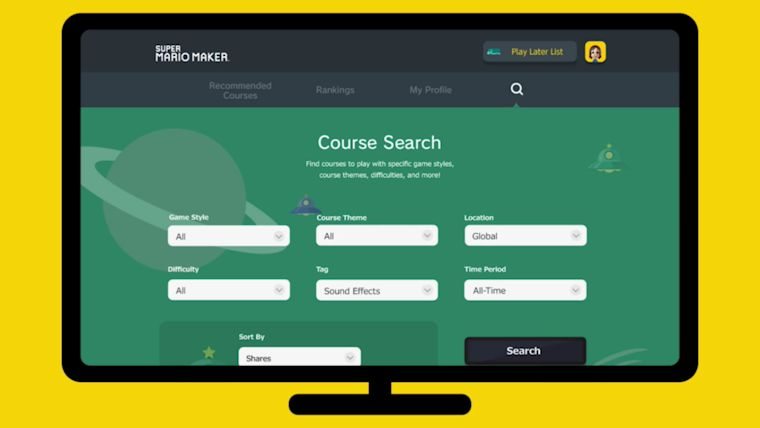 Super Mario Maker released back in September and quickly become a Wii U phenomenon by allowing playing to create their own Mario stages. We were hoping talk of an update would come during today’s Nintendo Nintendo Direct, and while it’s not an actual game update, they revealed something useful.

The level creation is fun in Super Mario Maker and playing other levels created by people is fantastic, but the actual finding of stages has been a little troublesome.

Luckily, Nintendo has revealed that they have created a new portal site that will make things much easier for you to find and play levels.

Through this website, you can search for new Super Mario Maker levels with much more detail and ease, which is one of the downsides to Mario Maker since release and more stages have been made.

The good news is that as soon as your favorite a stage from the website, these will then sync directly over to your favorites in the game, making it so much better for those ready to try out a wider range of stages.

This new portal site for Super Mario Maker is not quite available yet, but will be arriving sometime in December.