One section still remains a mystery, however. 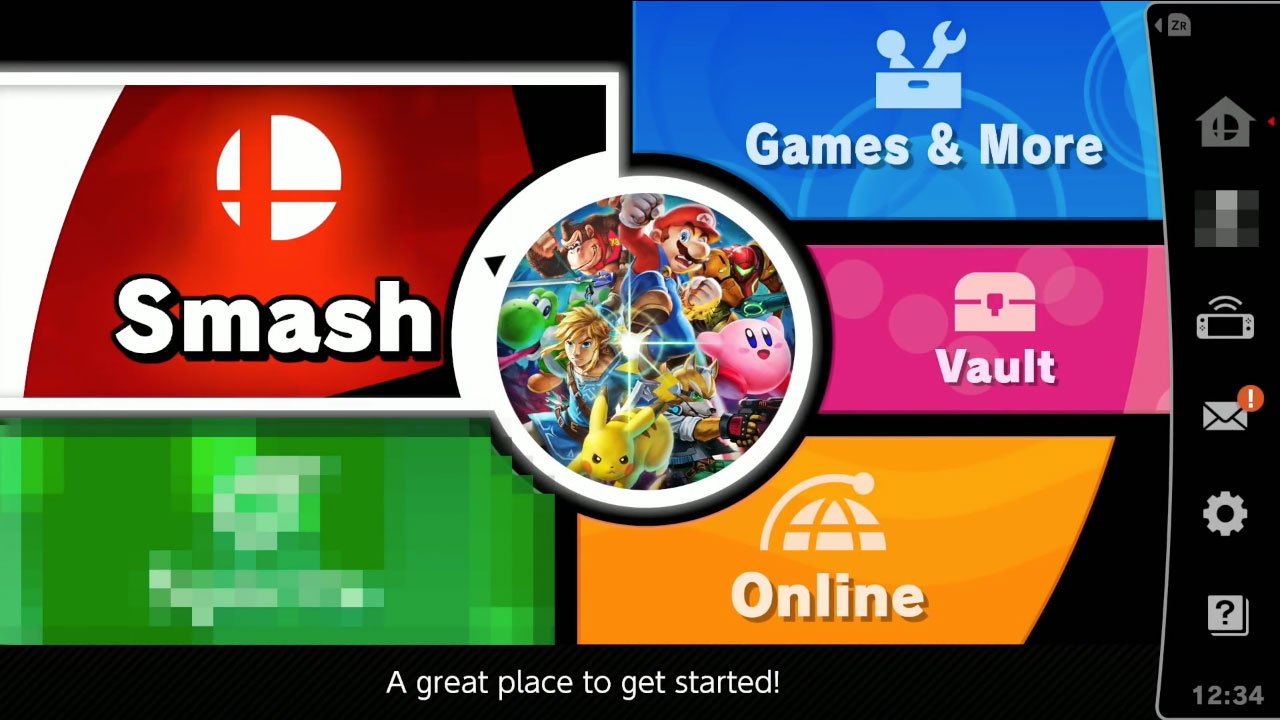 The stream showed off the interface of Super Smash Bros. Ultimate‘s main menu, which you can see above. There are five main icons: Smash, Games & More, Vault, Online, and a blurred out icon. There is also a side menu that can be brought up by pressing ZR, that looks like it holds various Switch options, as opposed to the game-specific options that are likely in the Games & More section. With a name like “Games & More,” it seems likely that this section may also hold demoes of some of the classic games that the fighters originate from, similar to the Masterpieces from Super Smash Bros. Brawl, though the Masterpieces in Brawl were found in the game’s Vault section, so who knows? Speaking of which, the Vault in Ultimate will likely hold the game’s various collectibles, while the Online section will obviously be for playing online with players around the world. 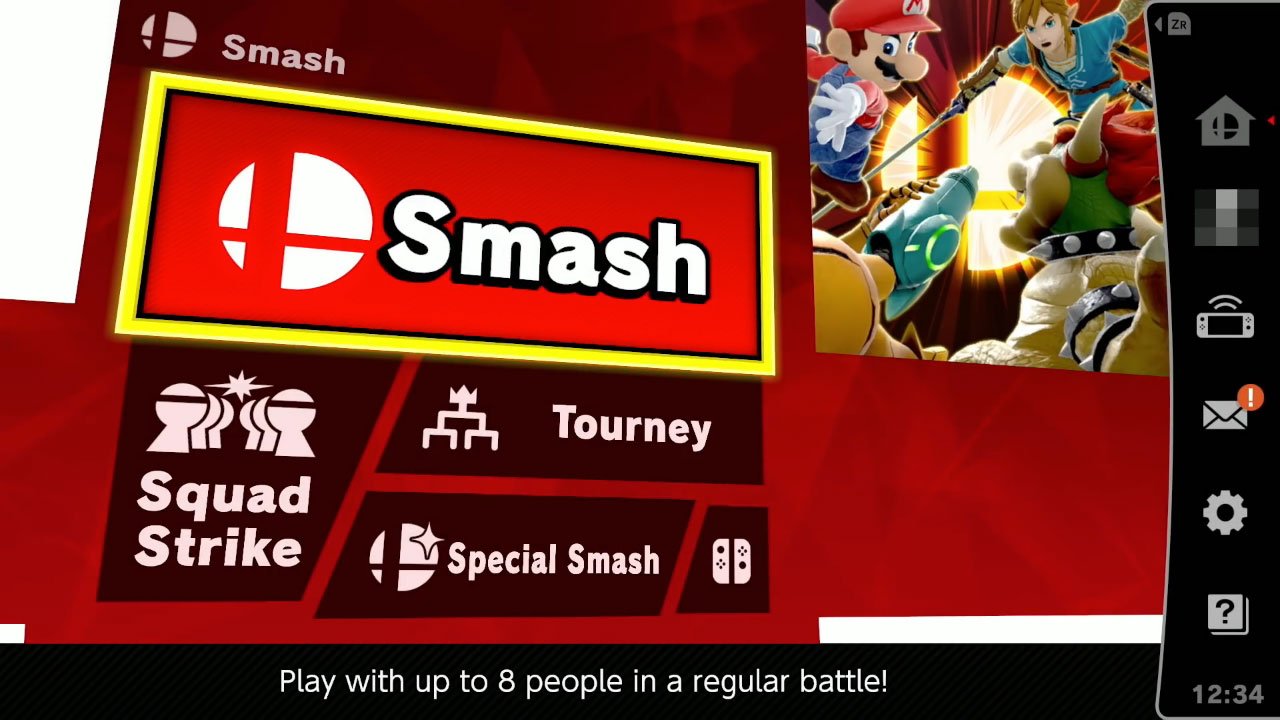 There were five more icons within the Smash section: Smash, Squad Strike, Tourney, Special Smash and an icon depicting the Joy-Con controllers. Smash is likely the standard multiplayer mode, while Squad Strike provides a 3v3 or 5v5 elimination match where players choose multiple characters and Tourney is a tournament-style mode. Special Smash, if it’s anything like previous Smash entries, is a mode for customizing gameplay with ridiculous rules, such as determining how light or heavy characters are, or if they should all be constantly spewing fire from their mouths. The icon with the Joy-Con controllers is likely for setting up controller configurations.

Director Masahiro Sakurai calls out the fifth, blurred icon on the main menu, stating that “we can’t talk about that just yet.” Super Smash Bros. Ultimate is set for release on December 7 for Nintendo Switch.