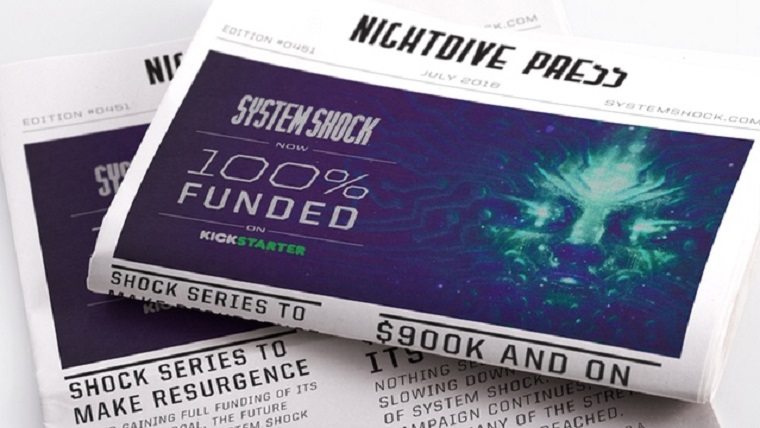 Late last month we learned that a Kickstarter campaign for a reboot of System Shock had been launched, which was targeting a goal of $900,000 from backers. Well, the game has just surpassed that goal and there are over two weeks left in the campaign.

Developer Nightdive released an update post on the game’s Kickstarter page, where they said “There’s no possible way I could convey how grateful the Nightdive team is to the 14,000+ backers who put their trust in us – we’re having a lot of fun remaking System Shock and we owe it all to you!”

As for what the developer is going for with this reboot, they are planning on taking the core of what made the original game great and turning it “into something new.” The original game launched in 1994 and mixed horror and stealth action set in a space station that is overrun by a deadly AI. Along with greatly improved graphics and mechanics, there will also be improved enemy AI, puzzles and UI.

The game is currently only set to launch for PC and Xbox One, though the developer has said they are open to bringing it to other platforms in the future.