A terrifying dive into GTA V

The latest news in the world of video games at Attack of the Fanboy
December 25th, 2012 by William Schwartz 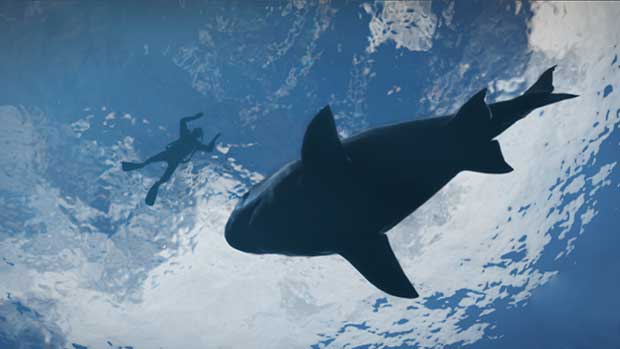 GTA V will feature a variety of activities that are new to the series. Revealed in the most recent set of screenshots released by Rockstar, it appears that players will be able to go diving in the upcoming open-world title, opening up a new level of exploration for the GTA series.

Two of the screenshots prominently feature diving and vehicles to facilitate this underwater exploring. While the first is terrifying, with what appears to be one of the game’s protagonists swimming alongside a massive great white shark, the second, features what appears to be a deep sea diving vessel.

We’ll have to wait and see what Rockstar has in-store for deep sea explorers when GTA V releases in spring of 2013.