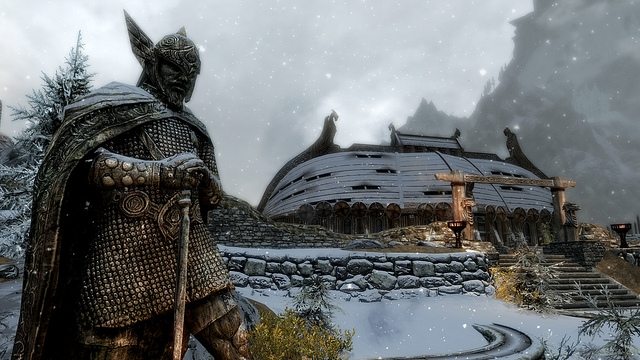 The Elder Scrolls V: Skyrim Remastered is out later this year, although it appears the changes will just be a cosmetic one. There won’t be any big new gameplay features.

A fan asked Bethesda’s Pete Hines on Twitter if The Elder Scrolls V: Skyrim Remastered will be getting any major new gameplay features. It sounds like it will just retain the core gameplay of the original release.

Hines replied with: “Not that I’m aware of. Not changing features or content like that“. The game will just be a remaster where the graphics have been overhauled while everything else is relatively the same. The only benefit is that it includes loads of DLC if you didn’t buy all of it back in 2011.

Despite being a re-release/remaster, the game is still being treated like a new release. Bethesda is selling the game at $60 when it comes out later this year. Some fans are a little bit disappointed about the price-tag as other remasters usually cost $40.

The Elder Scrolls V: Skyrim Remastered will be released on October 28th, 2016 for the PC, PS4 and Xbox One. The console versions will now support PC mods, while PC owners of the original special edition can upgrade to the remaster for free.