The King of Fighters XIV Details Outlined By The ESRB 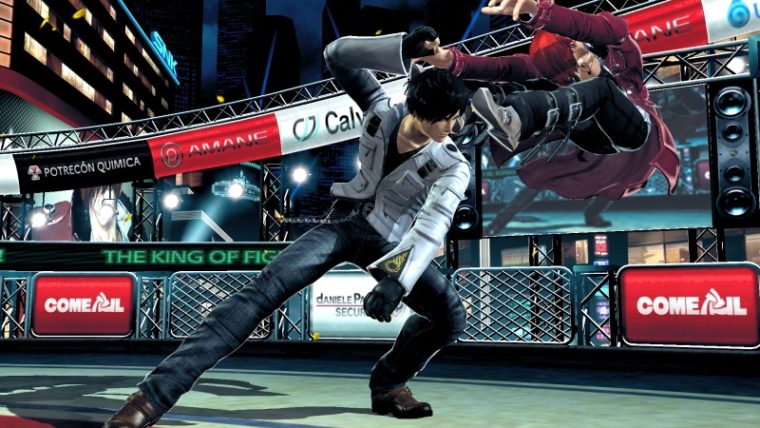 The King of Fighters XIV is out later this year and there are some interesting details posted on the game’s ESRB listing.

The PS4 exclusive has a T for Teen rating. The content descriptors are: “Language, Suggestive Themes, Use of Alcohol and Tobacco, Violence“.

The rating summary says: “This is an arcade-style fighting game in which players compete in one-on-one/three-on-three tournament matches to lay claim to the title of King of Fighters. Players punch, kick, and use special abilities (e.g., fireballs, electrical strikes, sand blasts) to drain opponents’ life meters. Combat is accompanied by frequent impact sounds, cries of pain, and colorful light effects. Several female characters are depicted in low-cut outfits that display large amounts of cleavage and/or buttocks. Female characters’ breasts sometimes jiggle during matches.

One female character’s special attack depicts her pulling an opponent’s face to her breasts. A handful of sequences depict close-up shots of a character smoking a cigar and a character drinking from a sake bottle. Some still-image screens show drunken characters holding glasses of beer. The words “sh*t,” “d*ck,” and “a*shole” appear in the dialogue.”