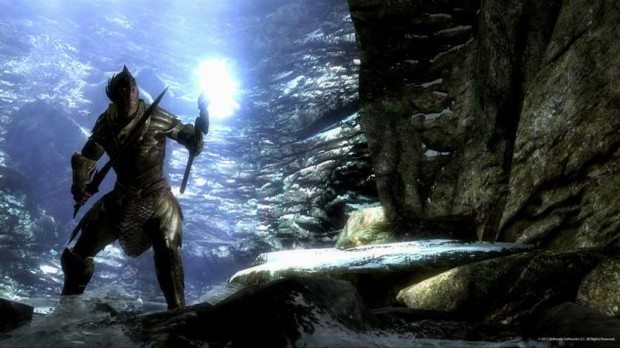 Console gamers have been pretty vocal about previous issues that some Bethesda games have had in the past.  Though this time around Bethesda feels like they are having a much easier time working with them for Elder Scrolls V: Skyrim.

In a recent interview, Todd Howard spoke about the development process for the game, and why he’s confident in the console releases.

“We are very comfortable on 360,” Howard said.  “It will look better on PC.  The PC has moved on a lot.  With the kinds of things we do where we are streaming a lot, even your average hard drive on your average PC these days is crazy fast at ripping data… The negative on PC is that there are still alot of layers of API before you can look at the hardware.  So we might be able to get the data faster on PC, but what we do with that data is still easier on 360 and PS3 where we can look directly at the memory registers and do what we want.”

“This is our third go around on these systems, so we are a lot more comfortable than we used to be.”

Howard has been demoing the game on Xbox 360 ever since E3.  There’s no doubt that the game looks incredible.  However, Pete Hines also recently claimed to be unable to discern the difference between PS3 and Xbox 360.