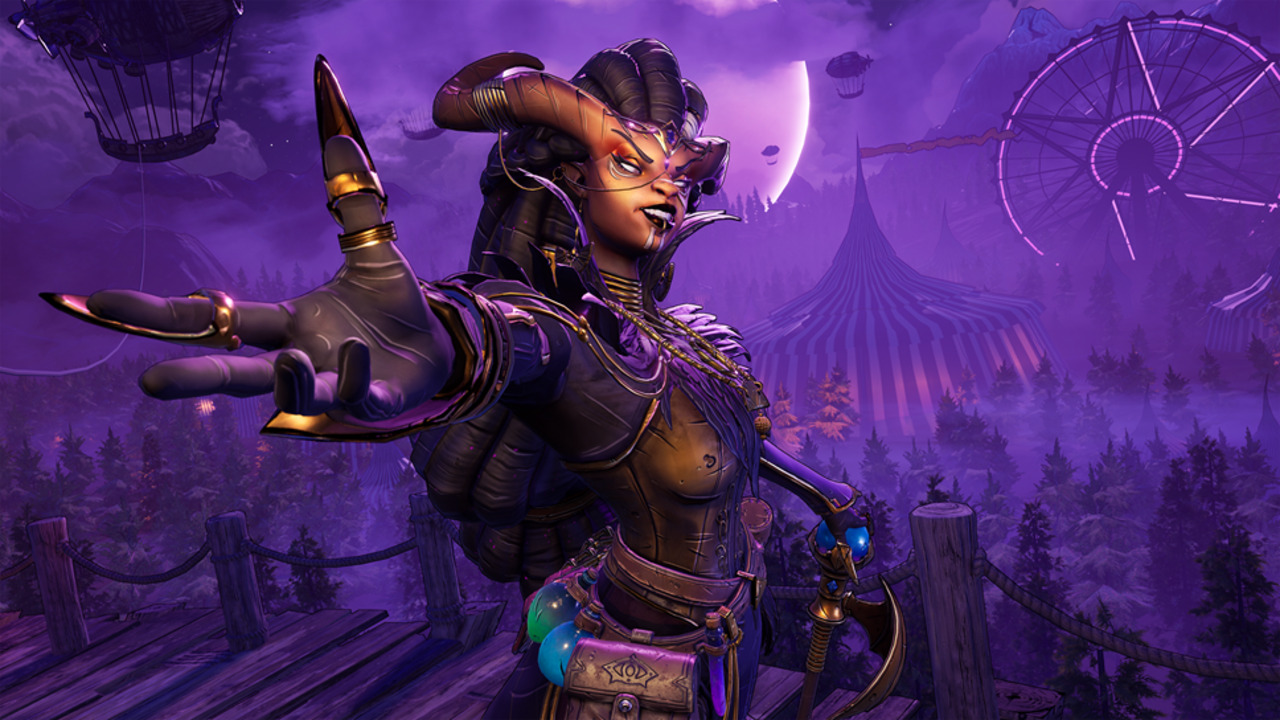 The Season Pass DLC plans for Tiny Tina’s Wonderlands have been revealed, and this spinoff is looking more and more like a fully-fledged Borderlands title now that the post-launch details have been laid out. Wonderlands will receive four full DLC expansions just like a traditional Borderlands game, sending players on all-new journeys and of course, showering them in exciting loot and weapons. All four DLC packs can be purchased individually or as part of the Season Pass, which includes a few additional cosmetic items as a bonus.

All four DLC packs begin in an area called Dreamveil Overlook, where a fortune teller named Vesper will weave the tales of the expansions. Wonderlands is heavily inspired by tabletop role-playing games like Dungeons & Dragons, so this style of storytelling makes sense for the game. Each content drop will contain five levels and a boss encounter, which seems like a small amount of content compared to normal Borderlands DLC, but Wonderlands’ expansions have a twist.

All of the DLC campaigns are meant to be replayed, and the final boss of each content drop will grow stronger each time you challenge them. Defeating a boss will reward you with a currency called Lost Souls, which can be spent to spin the Wheel of Fate to earn Legendary weapons and gear. Finishing a DLC will also add its levels and boss battle to the Chaos Chamber, which is Wonderlands’ replayable endgame system featuring randomized dungeons.

In addition to new levels and bosses, the fourth DLC drop for Tiny Tina’s Wonderlands will add a seventh character class to the game with its own Feat, Action Skills, and skill tree. Multiclassing is a core part of Wonderlands, so this new class will affect even those who are diehard mains of other classes. Not much is known about this DLC class yet considering it’s not coming until the fourth DLC pack, but more information will be revealed at a later date.

Finally, the Wonderlands Season Pass includes the Butt Stallion Pack, which is just a bundle of some basic cosmetic items. You’ll get the Diamond Guard Armor Presets, Crystal Glitter Makeup Pack,  Adamant Throne Banner Set, and the Diamond Hero Statue Material with this bundle. It’s not a huge addition, but it’s still a nice bonus for Season Pass owners.

Tiny Tina’s Wonderlands will be released on March 25, 2022 for PC, PS4, PS5, Xbox One, and Xbox Series X|S. Buying the game on the Epic Games Store on PC will unlock a Diamond Pony Glider in Fortnite.